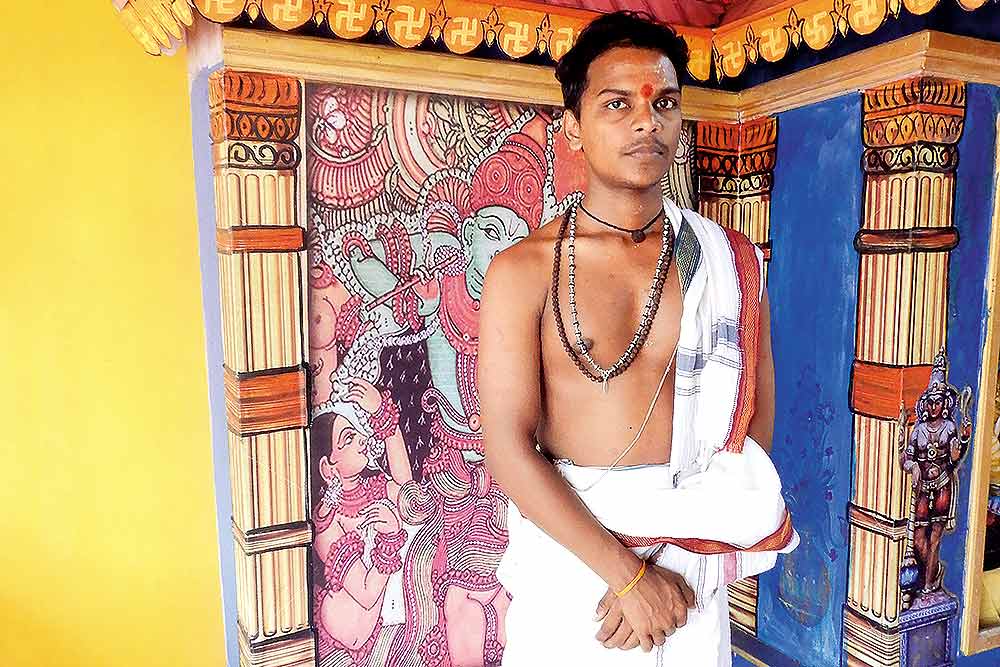 Kerala, a pace setter in social advance since the 19th century, has registered another first by extending the principle of reservation to appointment of temple priests, and letting Dalits into the sanctum sanctorum.

Under princely rule, temples in the Tra­vancore and Cochin regions of the state were under the control of maharajas who split the income from them with Brahmin priests and powerful families of dominant castes. All major temples of Travan­core, except the Sree Padmanabhaswami temple at Thi­ruvananthapuram, were brought under the government by a British Resident. He had doubled up as the Dewan so as to boost the kingdom’s revenue. On accession to India, temples in both the princely states were placed under Deva­swom Boards with three members, picked by the rulers, the Hindu ministers and the Hindu legislators. Later the right of the rule to nominate a board member was transferred to the Hindu ministers.

While the administrative set-up thus underwent a measure of democratisation, temple affairs remai­ned under the rigid control of...