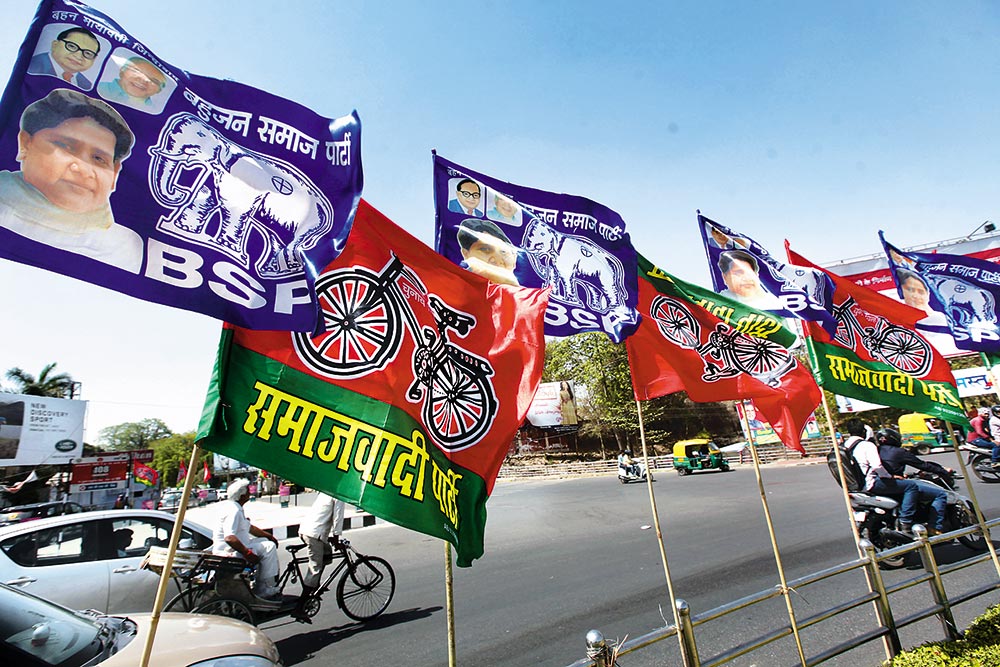 Fresh from conquering the bonsai red fortress of Tripura and bringing down Lenin’s statue, nothing, it seems, can dampen the spirits of a euphoric BJP. Not even the shocker from BSP chief Mayaw­ati, who decided to support the Samaj­wadi Party (SP), a bitter rival for over two decades, in the Gorakhpur and Phulpur Lok Sabha bypolls in UP. The implications go beyond those two seats, of course. The move seems to be a sort of testing the waters, for a new mahagathba­ndhan, which, if it happens, may  upset the saffron party’s 2019 calculations for 2019.

Does the BJP view the prospect of a combined SP-BSP as a threat? Not in its current mood, and not for the half-formed shape the threat is in now. “It’s not even a long-term relationship. At best, it’s an opportunistic flirtation that will fizzle out soon,” says a senior BJP leader. “In a political alliance, there are two things at work: electoral arithmetic and chemistry. In the case of SP-BSP, neither works.” On chemistry, he has a point—relations between...