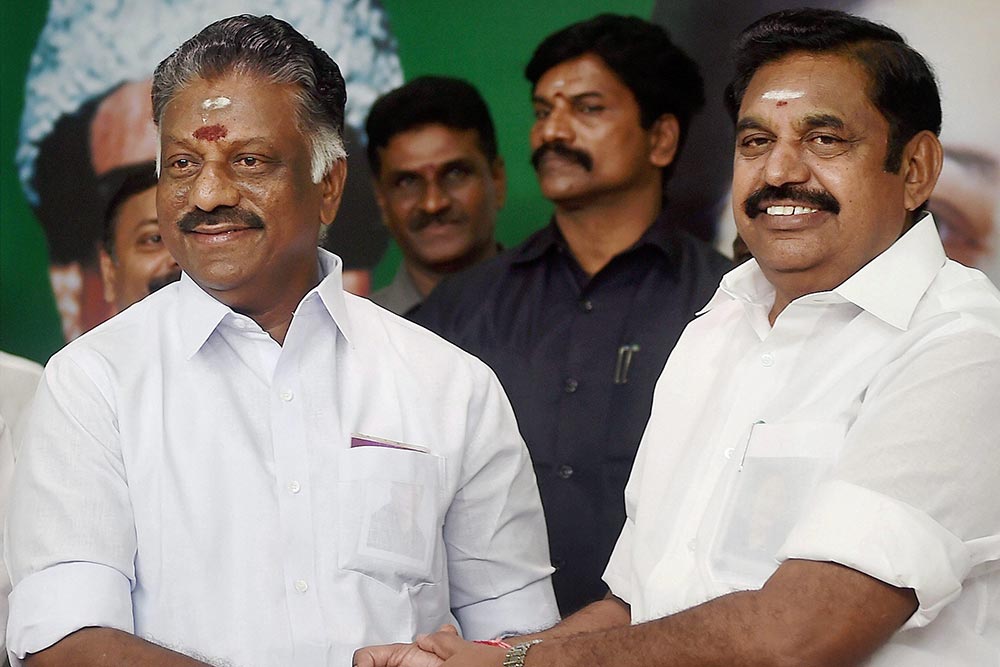 For the sheer twists and turns it can script, Tamil Nadu politics can beat even the trickiest ghat road. Such has been the dramatics after the death of AIADMK supremo J. Jayalalitha in early December last year that the state saw two chief ministers changing, a CM-­elect being sent to jail and a byelection cancelled after  two factions of the ruling party fought for an election symbol that had got frozen.

So, after many false starts and angry words, the August 21 merger of the two AIADMK factions had the appearance of the final act of restoring peace in the embattled party of Amma. Till one more twist kicked in, as 19 MLAs owing allegiance to T.T.V. Dhinakaran, the party’s ‘deposed’ deputy general secretary, with-drew support to chief minister Edappadi K. Palanisami (EPS), reducing his government to a tottering minority.

“Poor EPS could not even celebrate the merger. Neither could OPS (erstwhile rival O. Panneerselvam), his comeback to the cabinet,” observes Ramu Mani­vannan, professor of politics in the University of...