For That Whiff Of Chlorine

The US-led missile assault on Syria was based on dubious information. India should be wary of such pious, dangerous outbursts. 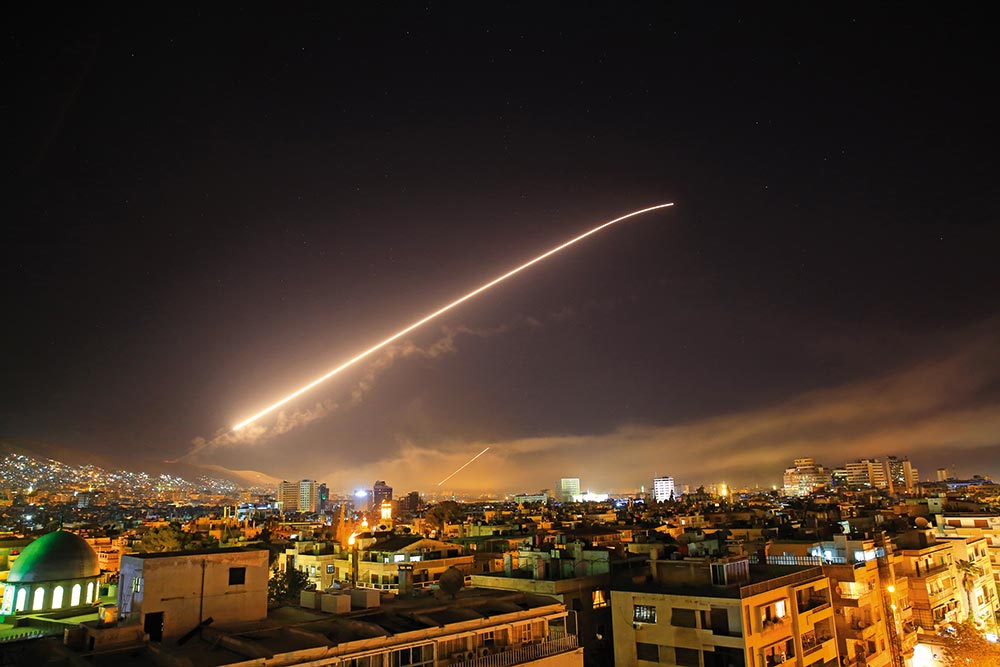 A US missile streaks the Damascus night sky on
Photograph by AP
Pranay Sharma April 19, 2018 00:00 IST For That Whiff Of Chlorine

If it was meant to rally world opinion behind the prompt punishment meted out by three leading Western democracies to Syrian President Bashar al-Assad’s murderous regime and for his predilection for using chemical weapons on his own people, the script seems to have gone quite awry.

Instead of cheering the US and its two NATO allies—the UK and France—for their April 14 missile attacks on Syria, the motives for their action are being questioned around the world. Were they aimed more at saving their own proxies in the Syrian conflict? Was it also a response born out of their respective domestic compulsions? Or was it the plight of hapless civilians in this strife-torn nation that forced their hand?

Even though Donald Trump proclaimed ‘Mission Accomplished’ after the missile strikes—shadowing another such dubious declaration 13 years ago—serious doubts remain on whether chemical weapons were indeed used on civilians on April 7 in Douma and, if so, if it was actors other than the Syrian army who were behind these dastardly...