For Ideas To Have Currency

Demonetisation is a dramatic Modistroke. And well-timed too, ahead of crucial polls. 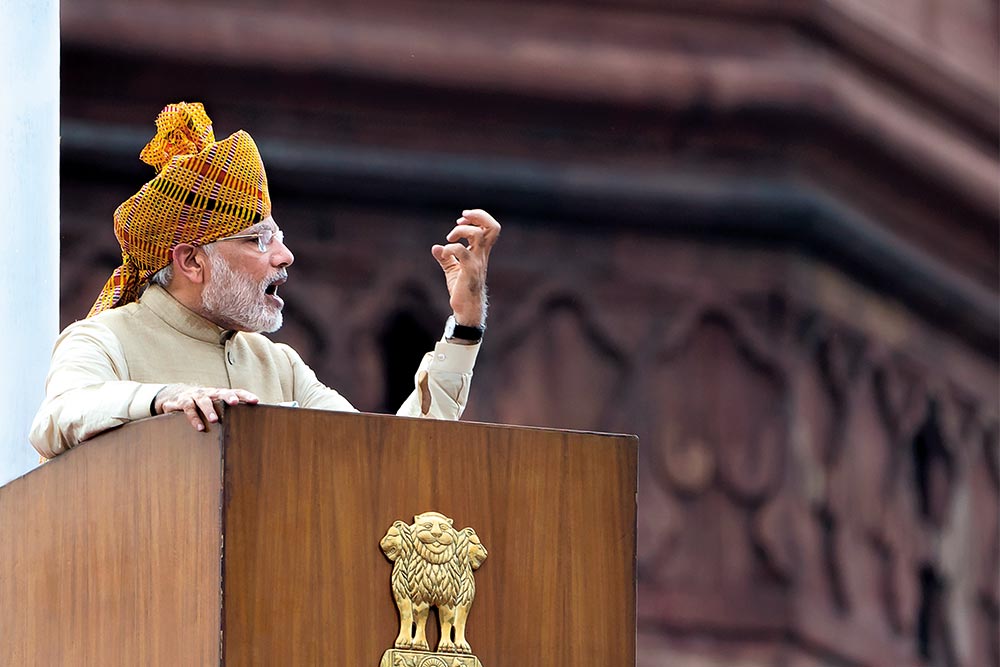 It was barely a few hours before his address to the nation on November 8 that Prime Minister Narendra Modi took his cabinet colleagues into confidence about his dramatic decision to demonetise Rs 500 and Rs 1,000 currency notes. All senior cabinet ministers had been told to leave their mobile phones outside: it was in this sec­ured environs that the prime minister shared his ambitious plan to curb black money and corruption with them, one that would be the talking point all over the country for days to come.

It was a momentous decision that sent shock waves down the whole system—as it was intended to do. The late evening anno­uncement, and the narrow window offe­red before the order was to take effect, meant just about everybody was caught off-guard. Many wondered whether his move to bolster economy would pay off. But, in one fell swoop, Modi had sought to burnish his image as a decisive leader—a man given to big ideas and bold strokes—something that made him a hero of the middle class with a massive electoral mandate two-and-a-half years...