In relief camps at flood-hit areas of Kerala, stories of rescues were as dep­ressing as they were brave. 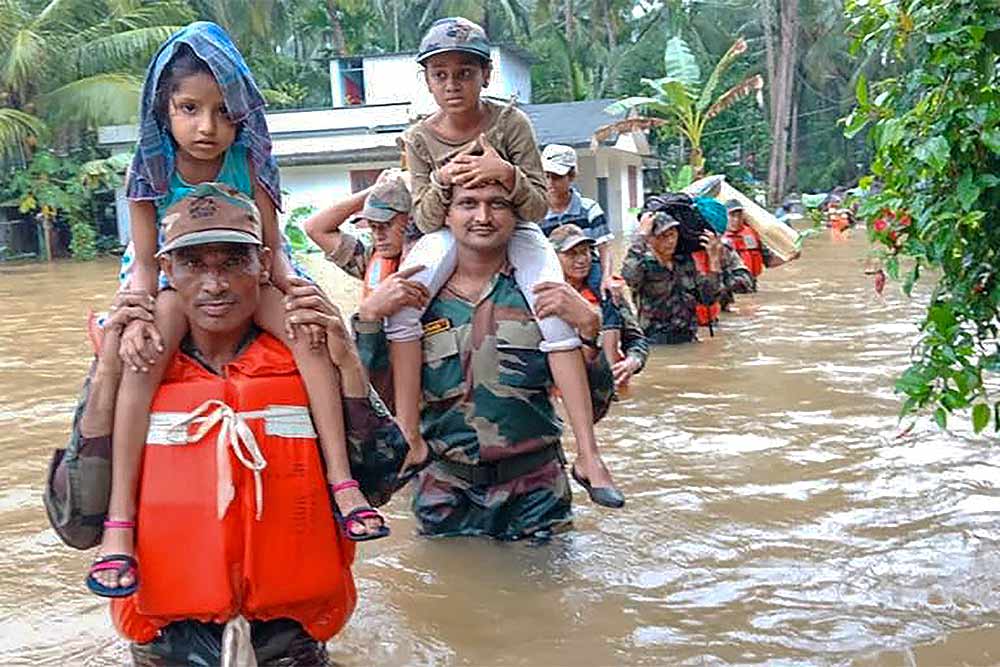 Nature was as beastly as it was beautiful, and she had decided not to spare anyone. Amidst the iconic lush green expanse of Kerala, mighty rivers flowed with gusto, smashing through rocks and carrying along rotting carcasses, once-concrete homes and shattered lives. The sound of the wind and water was music to my ears, but the sight of the devastation took the joy out of it. And no one knew that better than the people atop a hill at Cheruthoni in Idukki district.

They were confident that the river would never reach their houses, because it never had, even during the last major flooding in the early 1990s. As hundreds of people living on the slopes of the hills overlooking the Periyar river rushed to the relief camps, those on the hill stood in their homes staring. The Periyar would ravage through the houses on the banks, but, surely, those on top of the hill were safe!