A fortuitous ‘intervention’, a new RaGa. What next for Rahul Gandhi and the Congress? 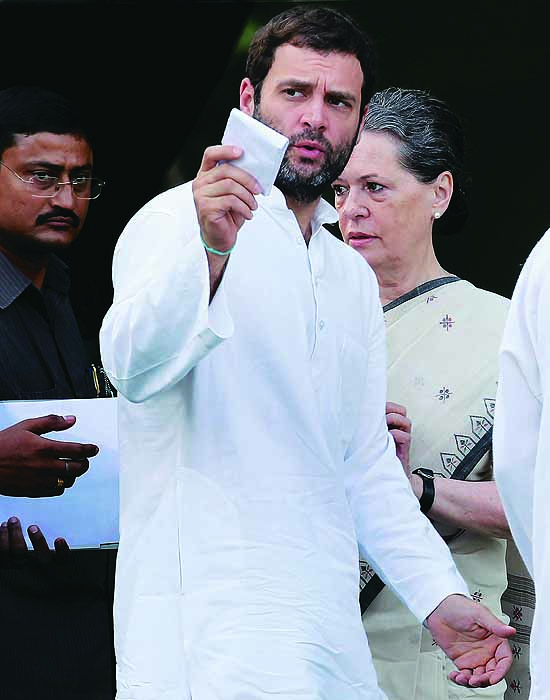 Like his mother, Rahul Gandhi rarely interacts with journalists, the silence amplifying the mystique. But on the few occasions he has deigned to meet New Delhi’s hacks, the phrase “transformational politics” has tripped off his tongue. The manner in which the 43-year-old languidly unveils his blueprint, says an editor who’s been to an early-morning AMA (ask me anything), it is as if the Congress vice-president is in a time zone of his own, as if he has an eternity to work around what faces him and his party—as if politics is played without a scoreboard.

There’s a decidedly theoretical air on the lawns of 12, Tughlaq Lane, as the muffled whir of a Coffee Day blender whipping up an espresso strives to keep everyone awake. When the “youth icon”—Rahul is pertinently 20 years younger than Narendra Modi—makes a long, oral presentation of a 12-slide spreadsheet his backroom boys have worked on, there’s a palpable timelessness to the proceedings; almost no urgency. “Your idea of the long-term is not my idea of...