Flies In The Ointment

US and India renew pledges on defence pact and terror, but ties are circled by red flags 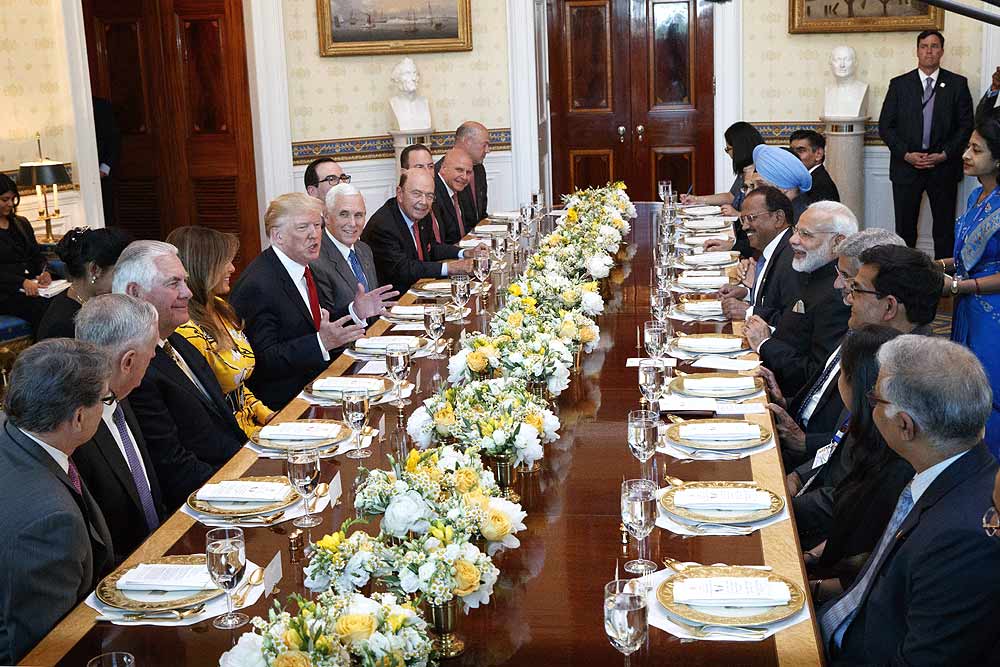 Modi and Trump with their diplomats at a dinner at the White House
Photograph by PTI
Saif Shahin June 30, 2017 00:00 IST Flies In The Ointment

The bear hug in the Rose Garden was just the icing on the cake. As foreign visits go, Prime Minister Narendra Modi’s sojourn in the States was seemingly a success even before his plane touched the tarmac in Washington DC.

In anticipation of his visit, the US State Department approved the contentious sale of 22 Guardian drones manufactured by California-based General Atomics to India—signalling an upswing in defence relations. On the eve of the visit, President Donald Trump’s administration designa­ted Pakistan-based Hizb-ul Mujahideen chief Syed Salahuddin a ‘global terrorist’—vindicating India’s stance on cross-border terror. And hours before his arrival, Trump himself tweeted that the Indian prime minister was a ‘true friend’.

What more could Modi ask for? Not a lot, as it turned out.

Modi’s two-day stay in the US reverbera­ted with hand clasps and happy talk. Bus­iness matters were high on the agenda and he met a number of American CEOs. The premier also had two meetings with the...