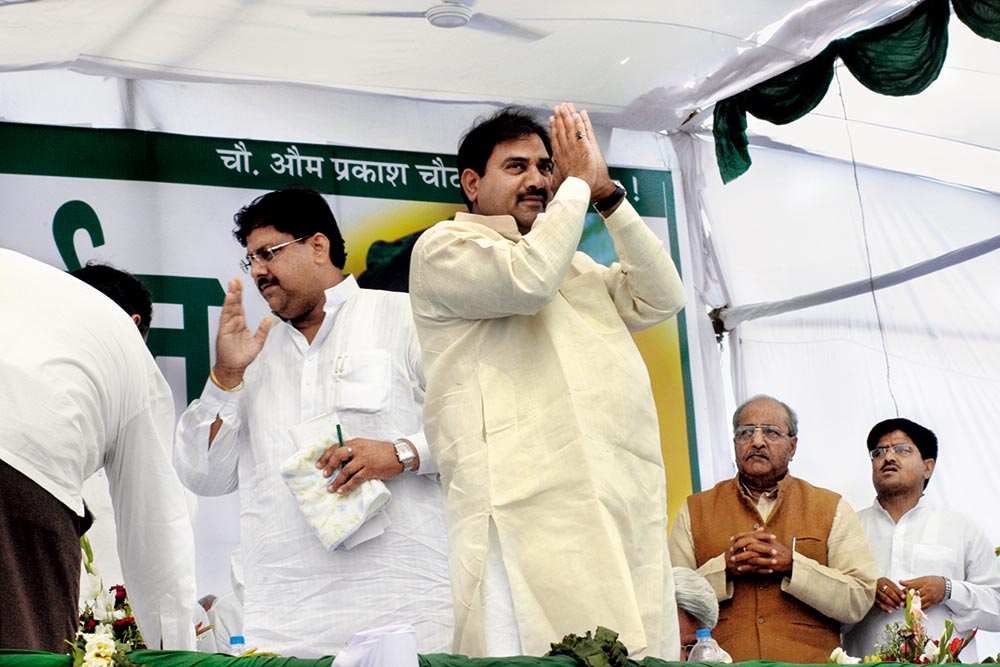 Politics is a cruel business. Once-mighty empires fall. Powerful dynasties crumble. That’s the story of the Mahabharata. Also the story of Haryana’s Chautala brothers, who brought their enm­ity to public space, invoked Kaurava prince Duryodhana and dec­lared “war” as the Indian National Lok Dal (INLD), a Jat-centric party formed and nurtured by their grandfather Devi Lal, split ahead of assembly polls due early next year. The split marks the lowest for the party which had formed the government in 2000 led by chief minister Om Pra­kash Chautala, father of the warring siblings, Ajay and Abhay.

The Chautala patriarch had expelled Ajay—along with his grandsons Dushyant and Digvijay—from the party earlier this month after the elder son ann­ounced his decision to float a new party. The expu­lsions came weeks after supporters of Ajay heckled Abhay at an INLD rally in Gohana. Dushyant’s supporters even refused to listen to Chautala senior, the reason for the short-tempered octogenarian to take the drastic step. Chautala...