We need to transform ruler’s police into people’s police. 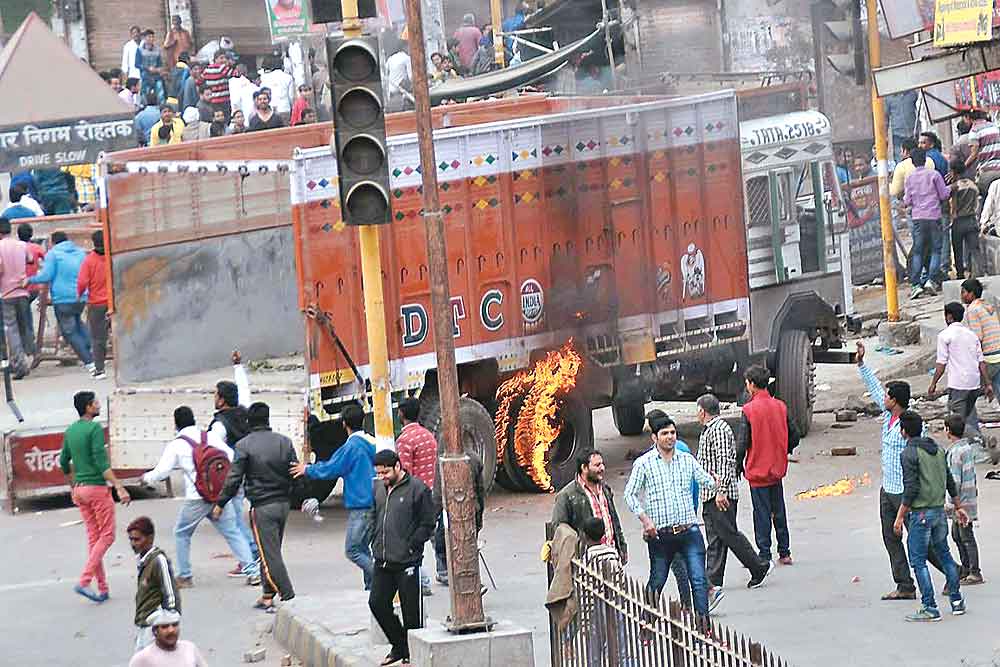 Caste In Khaki
During the Jat agitation in Rohtak
Photograph by PTI
Prakash Singh September 16, 2016 00:00 IST Flaw And Order

As far back as 2003, Justice V.S. Malimath, formerly chief justice of the Karnataka and Kerala high courts, said that the criminal justice system was virtually collapsing and that people were losing confidence in it. The warning went unheeded. No wonder, the ghosts are now coming to haunt us. The entire administrative structure, including the police, came crashing down in Haryana during the reservation agitation in February. The state had, for all practical purposes, withered away for two days. The deployment of the army in the state somehow propped up the government. There is no realisation yet at the highest levels that a similar collapse could happen elsewhere also.

The straws in the wind are in fact already there in UP. The 2013 Muzaffarnagar riots could have been contained in the very initial stages if Lucknow had allowed the district administration to deal with the situation firmly and not interfered. Mathura was a complete mess where land grabbers were allowed to run a parallel establishment with the connivance, if not blessings, of those in...