Fits And Start-Ups: The A+ Schools

Although the start-up scene remains abuzz with activity, many B-schools are setting grads on the old-school employability path 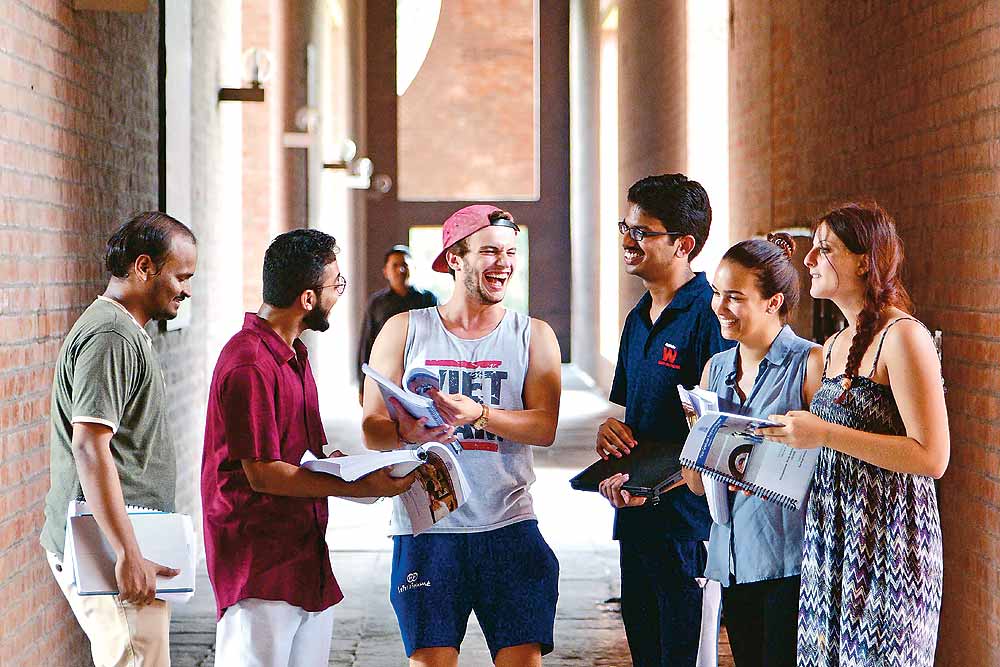 outlookindia.com
2016-09-28T15:58:49+05:30
In the last two years, there has been considerable hype about start-ups and their potential to change the entr­epreneurial landscape in the country. This has been accompanied by a frenzy among B-school graduates to run after start-ups, lured by bright prospects and the fat pay cheques they dished out. Accordin­gly, start-ups have been prominent first-day rec­ruiters at all top B-schools, picking up the creme from campuses. But this year, things have changed rather drastically. With a sudden downtrend in this sunrise sector, start-ups have ceased to be the most favoured destination for B-school graduates. The reason is two-fold. First, the failure rate of start-ups has increased alarmingly, with a number of them biting the dust and news of lay-offs at others becoming the talk of town. Two, many start-ups have failed to keep their placement commitments and have either rescinded their offers or delayed joining dates. Recently the IITs together banned 31 companies from their placements for the same reasons. A majority of these were start-ups. Though start-up activity is still vibrant, there is both a slowdown in the pace at which they have picked up MBAs from campuses and a reluctance on part of students to join such ventures. The silver lining is that old-world brick-and-mortar companies in conventional businesses are recruiting from B-schools at a brisk pace, though not at the speed with which start-ups hired till last year. What is enc­ouraging is a growing interest among students to look for these conventional companies, which assure stability in jobs as well as good growth prospects. In such a scenario, Outlook’s ranking of India’s 100 Best Business Schools, (in ass­ociation with our research partner Drshti Strategic Research Services) ass­umes importance in helping students make an informed choice not just about colleges, but also about their careers. Like the last two years, there is little surprise in the top 15 in the Outlook ranking, with few being dislodged from the place they occupied last year. While there is a churn at the mid-level, the big difference is in the lower ranked colleges in the list, where over 30 new colleges have entered the charts by improving upon their par­ameters. While there was a noticeable improvement in academics of many colleges, there was also a genuine upliftment in the quality of research by faculty and students, which are reflected in the scores of many new entrants as well those that have risen in the ranks. What is not heartening is that the overall scores, which improved noticeably last year, have not shown much promise this year, with the overall total both at the topmost and the lowermost level dropping below last year’s. But there has been encouraging results in the participation of colleges. Two years ago, looking at a good response in participation by B-schools to our survey, we had inc­reased the list from 75 to 100. This year,...