Fission And No Fizz

N-power status put India back a notch on all counts. What saved us from the hole: the economy. 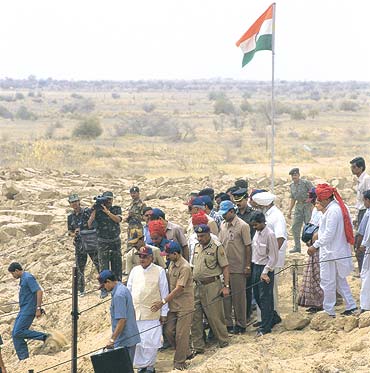 outlookindia.com
-0001-11-30T00:00:00+05:53
In May 1998, India woke up to the reverberation of nuclear weapons. The government authorised five N-tests, including a thermonuclear weapon or fusion device. Predictably, there was a fair amount of public celebration. While the government of the day presented a serious, mature face to the world as it announced the tests, it was clear there was considerable satisfaction at India's nuclear coming of age.

What have the nuclear tests achieved? With hindsight, can we say the celebration and self-satisfaction were justified? Proponents of the test suggested that India as a nation would be more secure and confident, that Pakistan and China would get a strong message, that the United States and the West would have to take India more seriously as a power, and that our general stock in the world would rise.

The truth is probably none of those things has turned out to be correct, and if India has garnered respect internationally it is not because of the bomb. It's because of the economy, stupid!

Since '98, the relationship with Pakistan...