With key non-NDA parties starting to fall in line, the BJP inches closer to getting India a president from the RSS 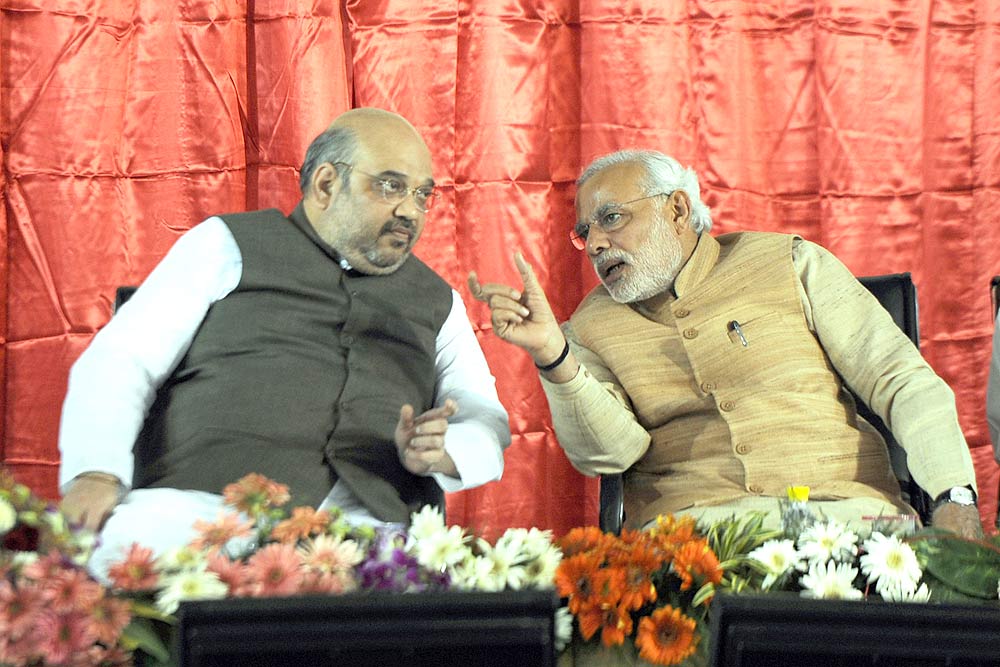 It is after 15 years that the BJP has the chance of electing a president of its choice and it doesn’t want anything to go wrong. In 2002, the Atal Behari Vajpayee government, short on numbers, was reportedly forced to compromise on its original choice of presidential candidate and throw up the surprise name of A.P.J. Abdul Kalam. This time, the BJP’s mandate is far greater and so is the planning going into the entire exercise. Party chief Amit Shah is meticulously working the numbers before the candidate’s name is announced.

“Kalam may have turned out to be a good choice, but we don’t want to be in that situation again,” admits a senior BJP leader. “We want a president of our choice and won’t settle for a compromise candidate of any sort.” The party may be keeping its cards close to the chest on its choice of president, but one thing seems clear: it will be someone from within the organisation.

Working towards a pan-India footprint, the BJP seems to have included Rashtrapati Bhavan too in its...