Find Me An Icon As Fast As You Can

The BJP-Sangh parivar takes the lead in remaking Constitution-maker Babasaheb Ambedkar in its own image, roiling innumerable political and caste groups 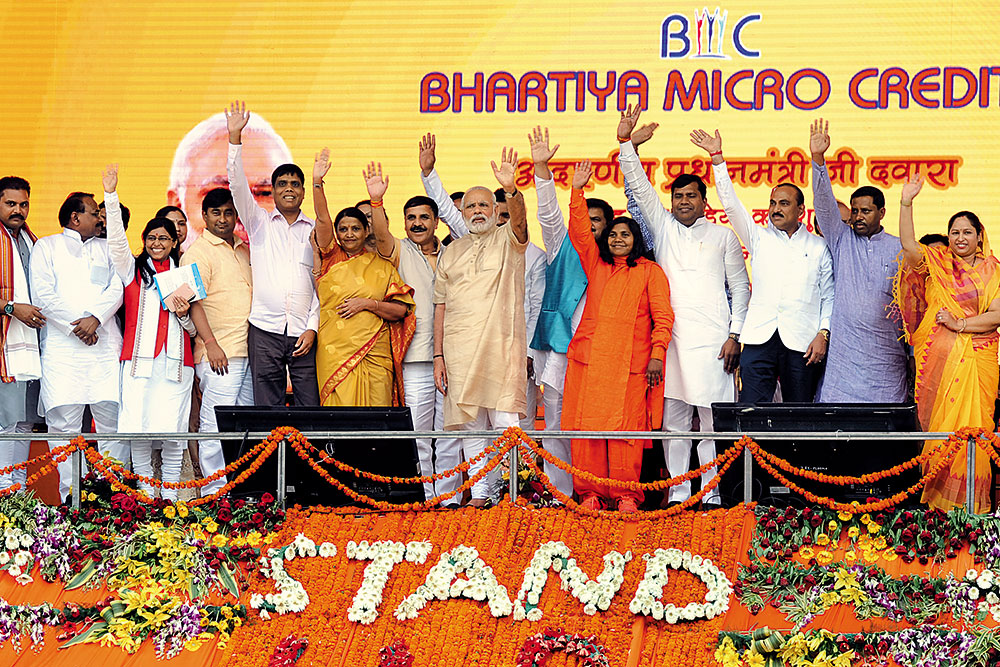 Prime minister Modi with Dalit MPs at the launch of ‘Stand-up India’
Photo by Jitender Gupta
Prarthna Gahilote, Bula Devi April 07, 2016 00:00 IST Find Me An Icon As Fast As You Can

The turn of the millennium saw the pub­lication of Worshipping False Gods, in which Arun Shourie, then a Union minister and leading light of the BJP-led NDA government, portrayed Ambedkar quite plainly as a “self-centred, unpatriotic and power-hungry anti-national”. As the country celebrates the 125th birth anniversary of Ambedkar, the mood in the BJP and the RSS is distinctly different: tactical perhaps, there is an aspect of enforced reverence.

Ambedkar, declared Prime Minister Narendra Modi last year, was his guru. The RSS hailed Ambedkar—who had said he was disgusted with Hindus and Hinduism—as a staunch Hindu and a patriot. Lauding Ambedkar in his Vijaya­dashami address in 2015, RSS chief Mohan Bhagwat called upon Hindus to remain united. “Hindu Hindu ek rahen, bhedbhav ko nahin sahein (Hindus must remain united and not foster internal division),” was his message during the RSS’s major annual function. The Sangh is of course quick to dismiss any suggestion of a “sudden affection” for...