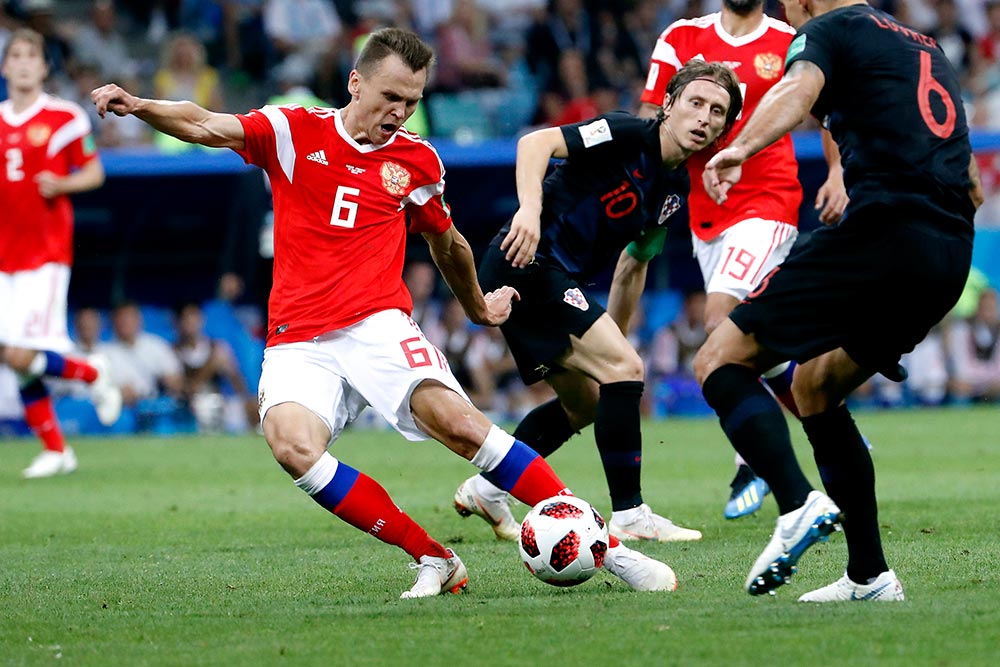 Period, we come to the business end of the games, it’s really the ‘Hunger Games’ now. The Brazilian samba has stopped and so has the Argentinian tango. European imperialism is back sans Germany, her hegemony of four years now over. The fate of the world waits to be decided amongst three erstwhile colonial powers (France, England and Belgium), baited by a resurgent south Slavic kingdom (Croatia) from the badlands of east Europe.

The stage is set for a monumental showdown, but not bef­ore we applaud the courage and ferocity of the Russian ons­laught, Admiral Kuznetsov strikes valiantly at the heart of the Spanish armada, chaos reigns supreme and throws the enemy in complete disarray. Finally, armistice is signed and victorious Russia advances into the quarter finals, the first time as a post-Soviet nation, a historic moment indeed. Moscow parties as never bef­ore; in the Red square and the Kremlin, in the Bolshoi Theatre and in Soviet-style apartment blocks, shouts of ‘Ros-Si-Ya’ reverberate, bringing to life the...