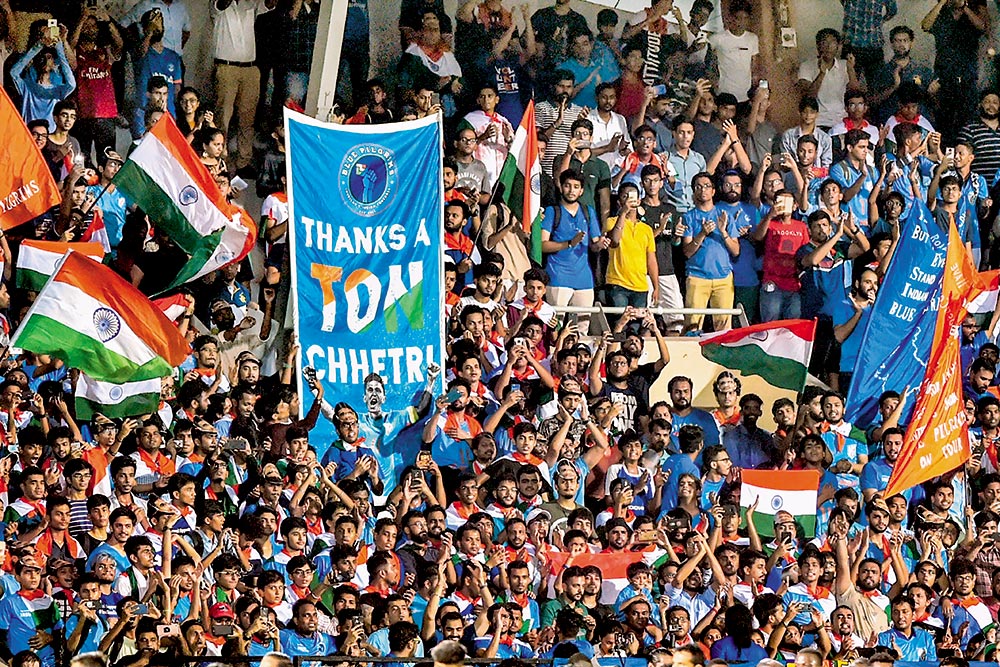 Beneath the frothy bubble of World Cup hysteria that has Indian football fans by the scruff of their necks, lies the fact—flagrant, unchanged and depressing in its inevitabil­ity: India, a nation of 1.35 billion souls, have never played in a football World Cup in its 88-year history. Some may argue thus: Didn’t India make it to the 1950 World Cup, held in Brazil? The dispiriting answer to that is, that ‘qualification’ came by default, after several Asian countries withdrew after qualifying—and then, the Indian football federation didn’t send a team.

It is shocking how short-sighted Indian football administrators denied a batch of naturally-talented players an opportunity to experience the thrill and pressure of competing in a World Cup 68 years ago. It is all the more bewildering since this brazen act of apa­thy happened in the middle of Indian...