The 2002 World Cup countdown has all the makings of a potboiler with rainbow teams, warring officials and more than a hint of magic 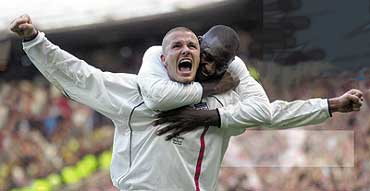 outlookindia.com
-0001-11-30T00:00:00+05:53
In sport, success can dim desire but the footballers of France, current world and European champions, will not lack for incentive when they open the XVIIITH World Cup in South Korea on May 31.

The French team is a multi-ethnic one with their star player of Arab descent, the captain born in Ghana, a defensive midfielder from Senegal, and the leading strikers with Caribbean, Armenian and Argentine backgrounds.

Four years ago, when France lifted football's premier prize for the first time—on their own soil—they were hailed as the embodiment of the modern, multi-cultural Gallic nation. Like Tiger Woods and Michael Jordan in America, Zinedine Zidane, the son of Algerian immigrants, transcended his colour—becoming a hero both to his race and a wider, primarily Whiter, nation. The only word of dissent came from Jean-Marie Le Pen, leader of the right-wing National Front who said that by including foreign-born players, the team was 'artificial' and unpatriotic. At that time, he had seemed a lone voice in the wilderness.