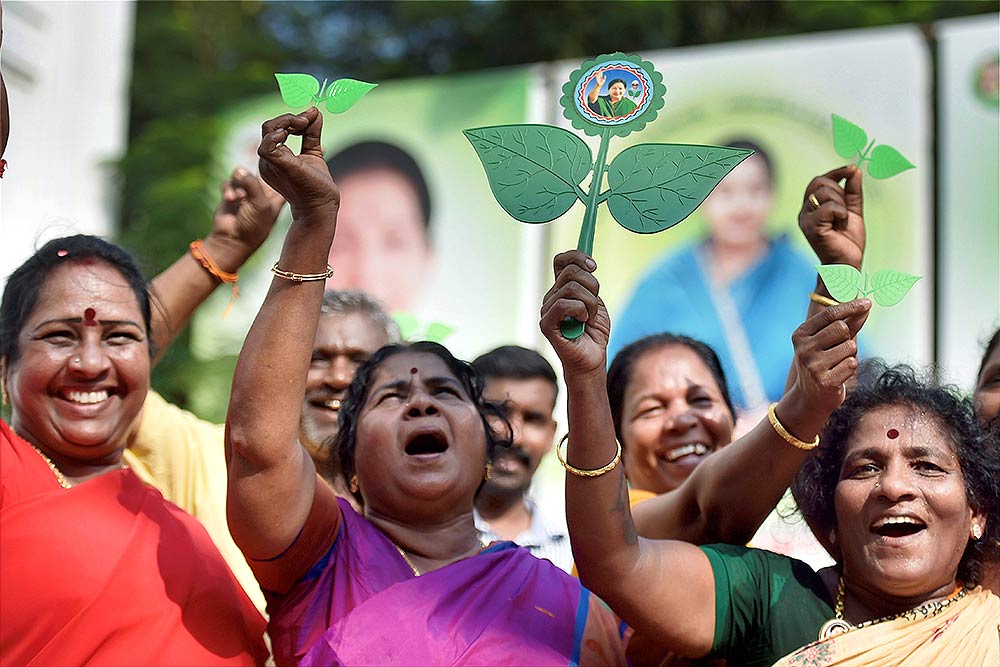 In Tamil Nadu’s votes-for-cash industry, R.K. Nagar serves as the best address. Its 2.19 lakh voters had almost a windfall last April during the run-up to the bypoll to the seat in North Chennai that chief minister J. Jayalalitha had occupied. But the Election Commission (EC) stopped the race, citing the huge play of money and a possible match-fixing. Now that the EC has fixed December 21 for electing its MLA, RK Nagar is bustling with political activity and eager expectations.

This April, the race to fill Jayalalitha’s seat threw up a veritable three-cornered fight amongst the Dravida Munnetra Kazhagam (DMK) and the two factions of the AIADMK. The current picture is similar, but the players have switched sides. Then the AIADMK had split and the party’s Two Leaves symbol had been frozen. T.T.V. Dhinakaran, who was aiming to become an MLA and CM, was contesting on the ‘Hat’ symbol and had the ruling dispensation headed by CM Edappadi K. Palanisami behind him. Faced with resentment towards his aunt V.K. Sasikala, TTV was trailing behind E....