The SP emerges in one piece from the ‘family feud’, with some deft manoeuvring by Mulayam 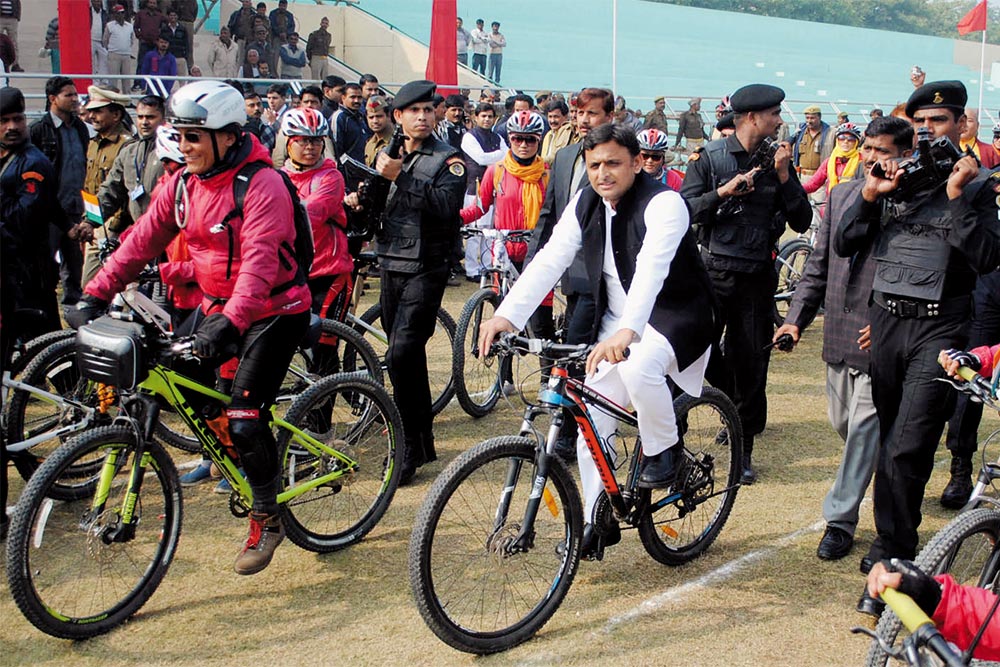 The drama is over and the ­curtain has fallen. The speculated split in the Samajwadi Party (SP) did not happen and the party retained its electoral symbol—the bicycle. ‘Netaji’ Mulayam Singh Yadav has put ‘Tipu’ ahead of his brothers and put his stamp of approval on son Akhilesh Yadav as the undisputed leader of the party. Staying flexible without losing the scripted plot, Mulayam all­owed ­Akhilesh to come up on his own with the support of his legislators—in ­effect, patronising his son without ­appearing to be backing him. He did not submit individual affidavits by legislators to the Election Commission (EC) to counter his son’s claim even though he had a galaxy of eminent lawyers to argue his case. The indications were clear. He allowed son-CM-and-now-party-­president Akhilesh to have a walkover.

Rajya Sabha MP and SP leader Ram Gopal Yadav has now submitted a caveat in the Supreme Court on the symbol issue, preempting Mulayam’s younger brother and trusted counsel Shivpal Yadav and others from...