The local interest around trekking caught on from 2004-2005 and since then, several locals have been trekking in different mountain ranges in the Valley. 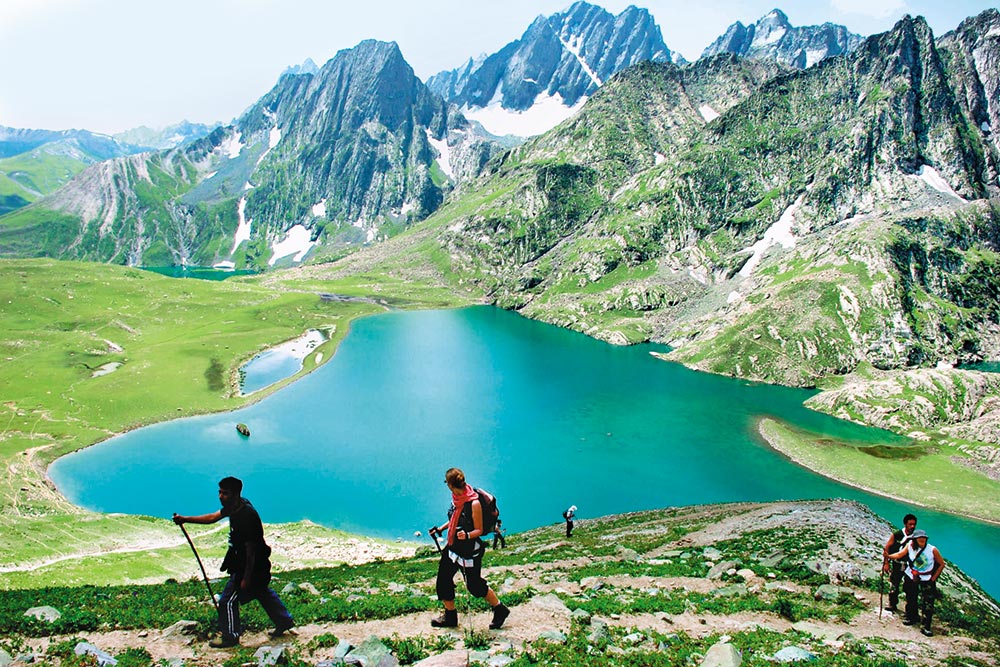 Pristine Bowl
Trekkers go past the Tarsar lake in Kashmir

September 7 was a good day for the trekkers, they had successfully summitted the Kolahoi peak of Kashmir. Among the contingent was 27-year-old Adil Shah, a mountaineer of repute. They ­began descending on the same day. Adil called Mehmood Ahmad Shah, president of the J&K Mountaineering and Hiking Club (MHC), just to inform him that the group, comprising nine people, were making their way down. The growing trekking trend among Valley locals has made Kolahoi a  popular project. But it’s a challenging peak, even for skilled mountaineers. That’s why ­Meh­mood, an avid trekker himself, asked Adil to be cautious.

After a few hours of that call, Mehmood heard the news that two mountaineers had met with an accident while negotiating a crevice at Kolahoi. One of them was Adil and the other Naveed Jeelani, a junior officer of the Kashmir administ­rative services.

Riyaz Ahmad Lone, a trekker who runs an ­adventure tour company in Pahalgam, from which Kolahoi is just 26 km, says he took five of his colleagues along for a rescue when he...