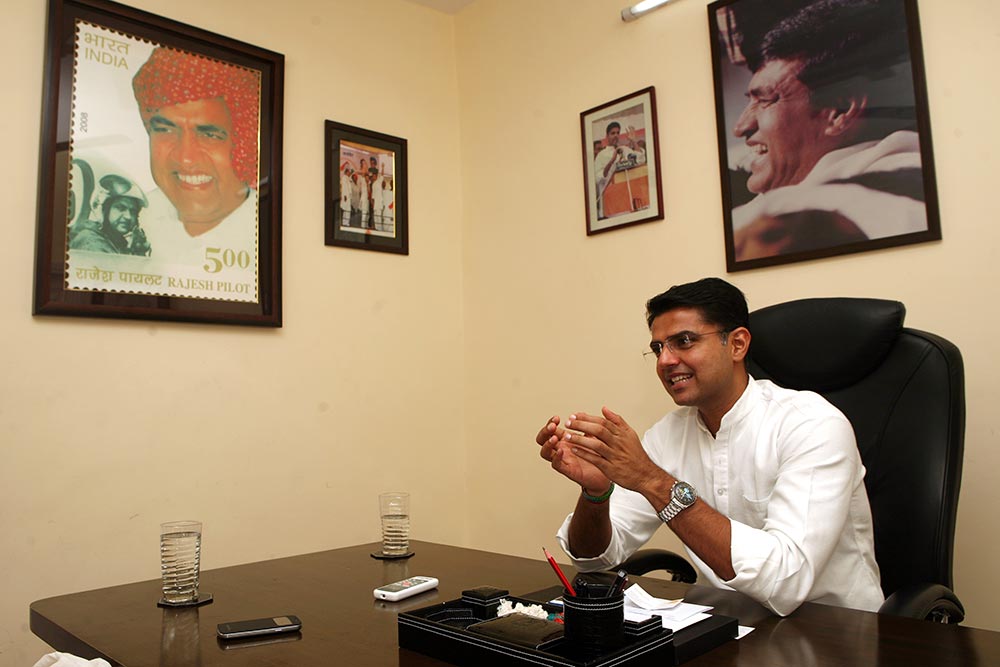 Former Congress MP from Ajmer Sachin Pilot is pre­sident of the Rajasthan unit of the party. On his watch, the Congress beat the BJP in three bypolls recently. A likely CM candidate, he talks to Salik Ahmad on the tussle with the BJP in the impending assembly polls.

Why hasn’t the Congress named a chief ministerial candidate? The BJP has said Vasundhararaje will lead the party.

By announcing Vasundharaji as CM candidate, the BJP lost whatever chance it had of a fight because she is unpopular. The Con­gress has never, as a convention, ­declared its CM candidate. Once we get the majority, the winning MLAs and leaders will decide on it.

You demanded a loan waiver for farmers in Rajasthan. But your ally in Karnataka, the JD(S), blames coalition constraints (with Congress) for not being able to do so there.

Whatever the coalition compulsions, the Congress has never stood in the way of the farming community. We have done it in Punjab. We support a loan waiver in...