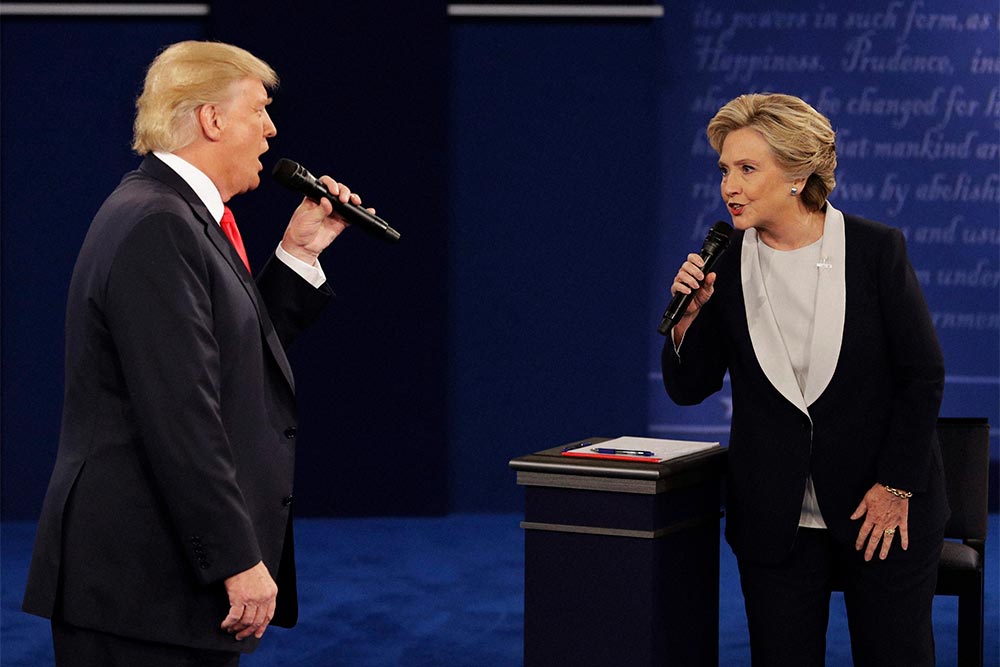 This Monday was Columbus Day, a holiday honouring the massacre of indigenous people in America. We curiously crossed the road to the newly opened Trump Hotel, created by a man who is running his campaign on hate-mongering nativism. Ladies posed with raised middle fingers. ‘Black Lives Matter’ protest graffiti had been wiped off. The White House, also on Pennsylvania Avenue, was within toupee-tossing distance—provided Trump’s fan base continued to see him through orange-tinted lenses.

When Trump announced his run for president in a speech calling Mexican immigrants “rapists” and “criminals”, two celebrated chefs originally hired for this hotel found his racist word salad hard to digest and dropped out, saying it was a toxic ’Chernobyl’ for Hispanic staff and guests. Trump sued them. Law suits are as much a part of Trump’s life as pant-suits are in Hillary’s.

Braggadocio and bigotry (from homophobia to Islam­ophobia) are as familiar to his brand as the gold ‘TRUMP’ on his failed...