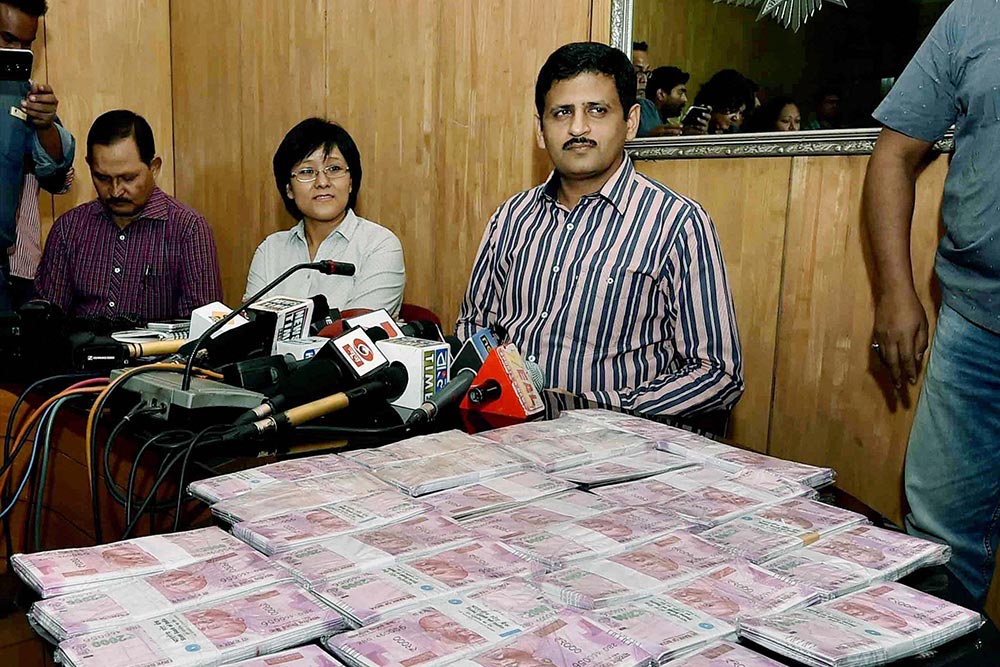 Less than 20 days after Prime Minister Narendra Modi ann­ounced the demonetisation of Rs 500 and Rs 1,000 currency notes and introduced the new purple-­pink notes, Telangana police ­recovered fake Rs 2,000 notes of a ­total face value of Rs 2.29 lakh. Though they were all crude photocopies, the intelligence agencies were alerted that counterfeiters, largely from across the border, would not give up.

Including the first seizure from Rangareddy district in Telangana, security agencies have so far made 19 recoveries from different parts of the country. Worryingly, the quality of fake notes is only getting better. From amateurish attempts of photocopying the notes to the improved version, where the counterfeiters have managed to copy 11 out of 17 security features, the quality of fake notes, or FICN (Fake Indian Currency Notes) as they are called, seem to have improved. Even the quantity of fake notes that is finding its way into India has been steadily going up.

From a few thousands to lakhs and then to Rs 4 crore—the latest recovery from Rajkot...