In the murky world of Gujarat police, what's truth, what's not? Updates 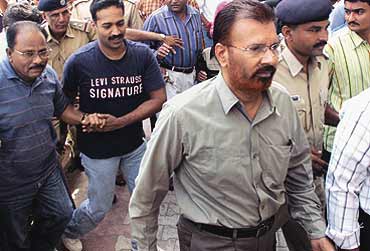 Contrary to belief, the probe into the fake encounter case is surely not on fast track:

Forget newspaper headlines of confessional statements by the police officers involved and other breakthroughs, the investigation into the Sohrabuddin Sheikh fake encounter case is floundering. With the May 15 deadline for the submission of its status report to the Supreme Court fast approaching, the state CID is doing what it can best to prove that its investigations are on stream. But according to police sources, there is very little material evidence that has been unearthed. Instead, statements of the...