Interesting trivia on the greatest show on earth 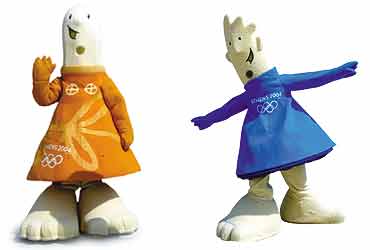 Mary Leela Rao was the first Indian woman to participate in the Olympics. Rao, a long jumper, took part in the 1952 Helsinki games.


Olympic officials once took apart Dhyan Chand’s hockey stick to see if there was a magnet inside. Adolf Hitler was a fan too, offering to buy it.

Great Britain’s Philip Noel-Baker, who won silver in the 1500 m in 1920, is the only Olympian to be awarded the Nobel Peace Prize.

For a sport to be in the Olympics, it should be ‘widely practiced by men in at least 75 countries and women in 40 countries’.

Between 1956 and 1964, a Ukrainian gymnast called Larisa Latynina won 18 Olympic medals—the most by any athlete in history.

The practice of releasing doves at opening ceremonies was halted after some birds were...