Exeunt For The Next Act 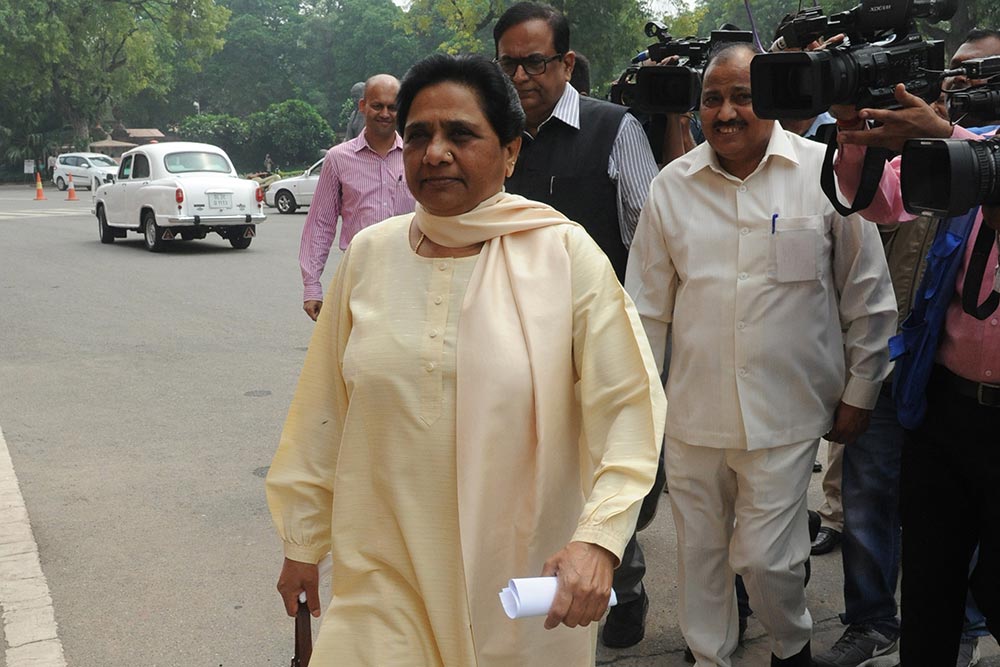 Sure Footed?
Mayawati walks out of the Rajya Sabha
Photograph by Tribhuvan Tiwari
Pragya Singh July 21, 2017 00:00 IST Exeunt For The Next Act

By relinquishing her Rajya Sabha seat, Bahujan Samaj Party leader Mayawati has sought to charm her supporters while giving pol­itical opponents notice of her intention to re-arm. To quit conjures an irresistible aura of renunciation that is hardly new to Indian politics. It signals a spirit of sacrifice mixed with defiance and commitment.

Yet, it also gives Mayawati’s political opponents a moment to savour, for it bet­rays the BSP’s lack of options. The BSP supremo has chosen to experiment at a time when the party is in its worst phase. BSP has been losing elections since 2009 in UP, although keeping intact a higher double-digit vote share. Since her resignation, there is talk of the end of politics of identity in the BSP’s rival camps.

“Dalits have tasted power four times in UP. Now they want to win again, and they want it desperately,” says Satish Prakash, Dalit ideologue and political commentator. “After losing in 2009, 2012, 2014 and 2017, Mayawati knows that 2019 will be the last shot that Dalit voters will give...