Everyone’s Equal At The Maidan 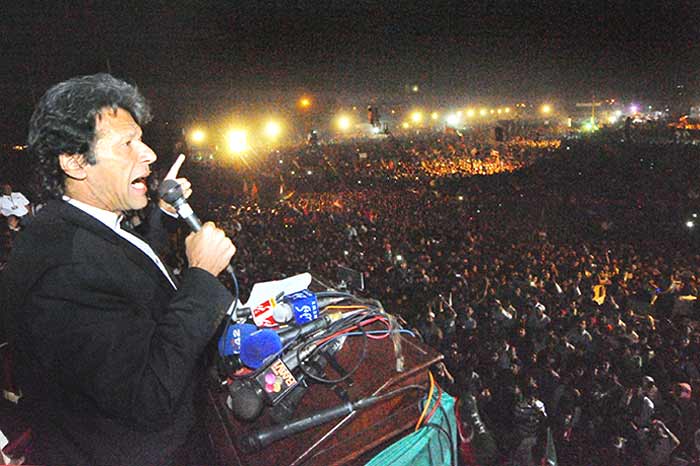 From the time of his entry into politics nearly 15 years ago, former cricketer Imran Khan had been dismissed as a man whose conceit made him harbour an exaggerated notion of his popularity as well as underestimate the attributes required to become a politician of reckoning. On Sunday, October 30, though, Pakistan gasped in disbelief as the former cricketer pulled a mammoth crowd—over a lakh—to his political rally held on the ground of Minar-e-Pakistan in Lahore. In it was a message no political party could ignore—Imran Khan had emerged as the Third Force in Pakistan, holding out hope to those weary of mainstream politicians and their corrupt style of governance.

It was a sight bewitching to behold. Wave upon wave of people marching to the Minar, waving the green and red flag, embossed with the crescent and a star, of the Pakistan Tehreek-e-Insaf (PTI). Songs blared from loudspeakers atop cars and buses. The decision of the Punjab government to stop the traffic to the Minar prompted people to alight from vehicles, and...