Every Which Where Cinema 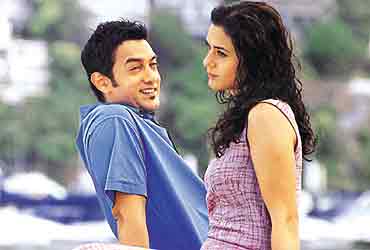 outlookindia.com
-0001-11-30T00:00:00+05:53
A can of pineapples produced in Philippines, packaged in Honolulu, distributed in San Francisco, its label printed in Japan! An inconspicuous tin of packaged fruit that inspired Israeli filmmaker Amos Gitai to make Pineapple, a film on the pooling-in of resources in a world we now call a global village. Something similar is happening in the realm of creativity as well. What would you say of a film like Elizabeth which was based on the life of a British queen, played by an Australian actress, directed by an Indian filmmaker and produced by a Hollywood studio? Or Bride and Prejudice, a reworking of the Jane Austen classic by a British filmmaker of Indian origin, Gurinder Chaddha, starring Aishwarya Rai and possibly Johnny Depp, to be shot in India and the UK.

Go international: in the age of multi-cultural aesthetics, it's a knock that has been growing louder on Bollywood's door. Forget the rare Shekhar Kapur or Om Puri who may have taken their own individual steps towards the West. Forget even the time-worn debate on the so-called "crossover appeal" of a...