Congress Doesn't Use Religion As A Political Ploy: Kamal Nath

Madhya Pradesh Congress chief Kamal Nath tells Outlook that the party is on its way to a historic victory in the state. 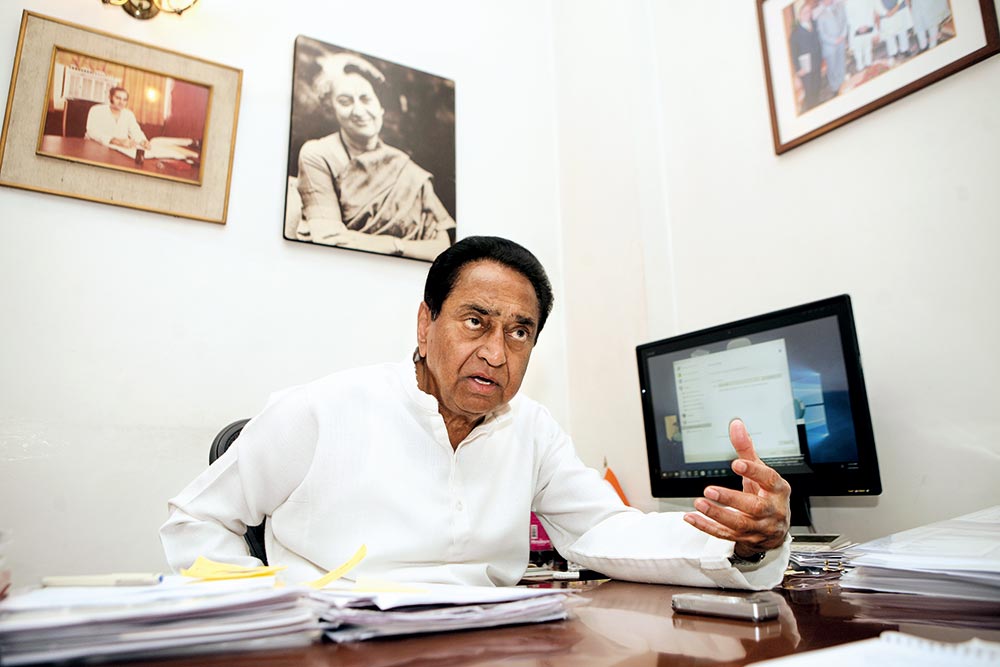 Madhya Pradesh Congress chief Kamal Nath has frequently been endowed with epithets such as ‘doer’ and ‘go-getter’ in his political career going back over four decades. He is the seniormost member of the Lok Sabha, having represented Chhindwara constituency in Madhya Pradesh nine times since 1980. On his hands is the unenviable task of wresting Madhya Pradesh from the BJP—the first time he is leading his party’s campaign in a state election. It is a huge challenge to dislodge Shivraj Singh Chouhan from the CM’s post, which he has held for the past 15 years, while also contending with the challenge from within the Congress—after all, it was the young Scindia scion, Jyotiraditya, who was being groomed for a leadership role in the state. At the same time, this is perhaps the best chance to defeat the BJP in a direct one-to-one fight, with anti-incumbency at an all-time high. That is why Madhya Pradesh is seen as the true marker to gauge the public mood in the run-up to the 2019 Lok Sabha polls.