The unified cry for women’s equality in Cannes is a signpost in helping redress the power balance so in favour of men, something which breeds predators 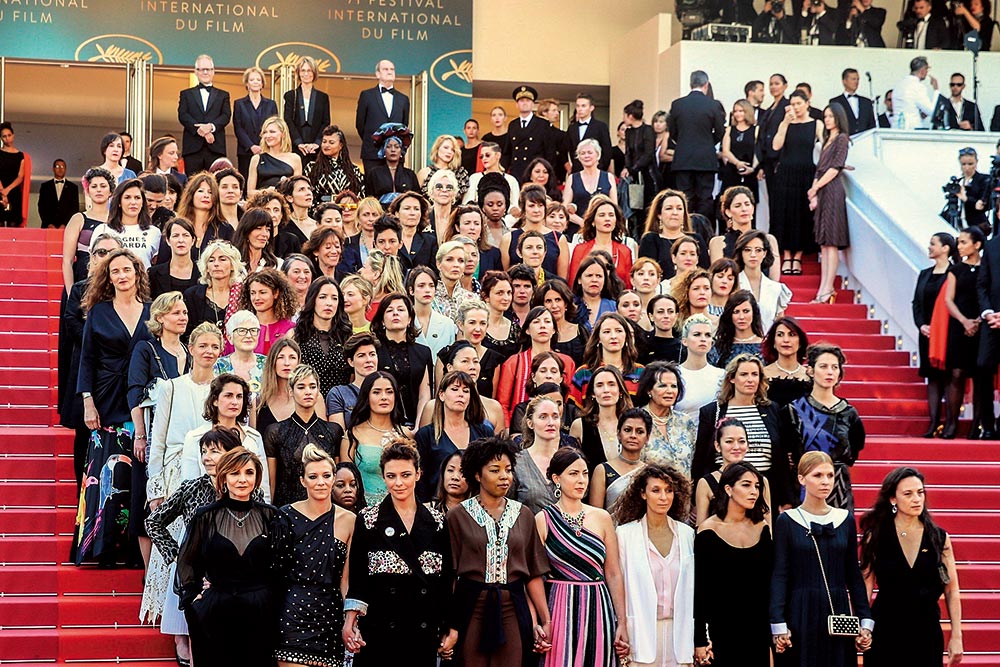 In India, marches are a familiar form of protest. It was Gandhiji who made marches the weapon of choice against an enemy so powerful. He knew the only choice he had was to provoke and inspire the silent majority to join the movement. Likewise, now that the #MeToo campaign has unpredictably snowballed into a global voice against sexual harassment, a women’s march on the red carpet of the Cannes Film Festival wasn’t out of place.

Not many know that in 71 years of the Cannes festival, only 82 women have walked those prestigious red-carpeted stairs as directors, as part of the official selection of the festival. In comparison, 20 times more men have—1,645 of them. Though I am delighted to be among the five per cent who have had that honour, this discrepancy is shameful. It is reflective of the historical wrong and bias that are still prevalent in the developed world.

Since my college days, I have been participating in women’s marches, usually on March 8, for International Women’s Day. I have marched with rural women, urban women, tribal...