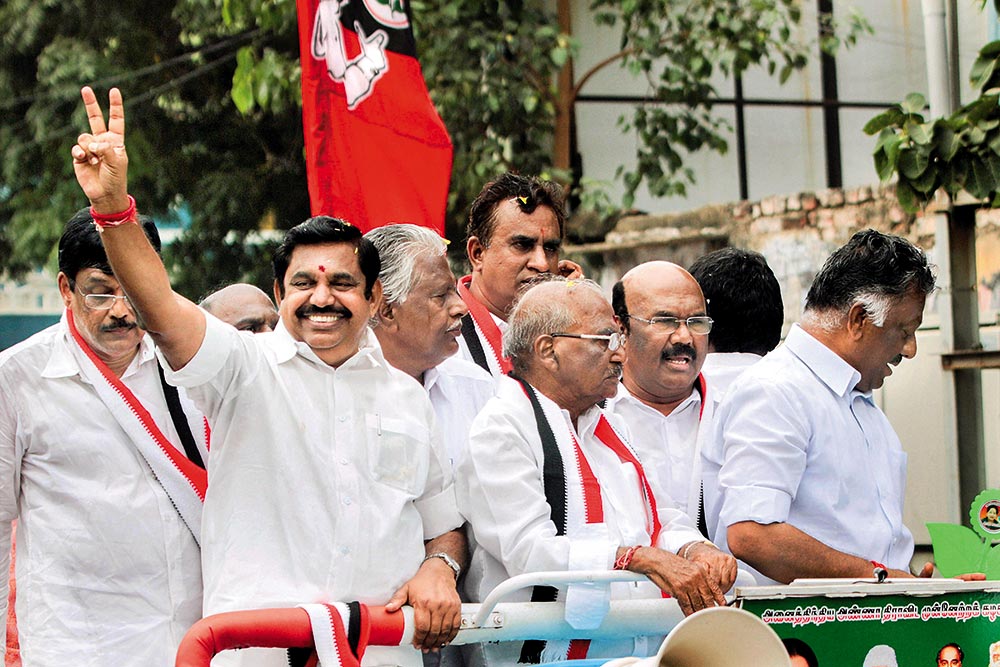 When it came to Tamil Nadu, the 2014 parliamentary poll was chiefly a duel among three: Modi, Lady and Daddy. That is the prime minister, the (then) AIADMK supremo and the DMK patriarch respectively. In the end, J. Jayalalitha swept the elections, winning 37 out of the state’s 39 Lok Sabha seats, earning Narendra Damodardas’s NDA two (BJP 1, PMK 1) and leaving octogenarian M. Karunanidhi with zero.

Today, Modi is all set to take another shot, while the lady is no more and daddy has retired from politics. Instead, a whole array of new players has entered the Tamil Nadu fray: the ruling AIADMK’s political twins with rhyming initials (EPS and OPS), their former master-turned-challenger (T.T.V. Dhinakaran), the daddy’s son who holds the party’s mantle...