The Adishakti group brings alive a myth from the Ramayana 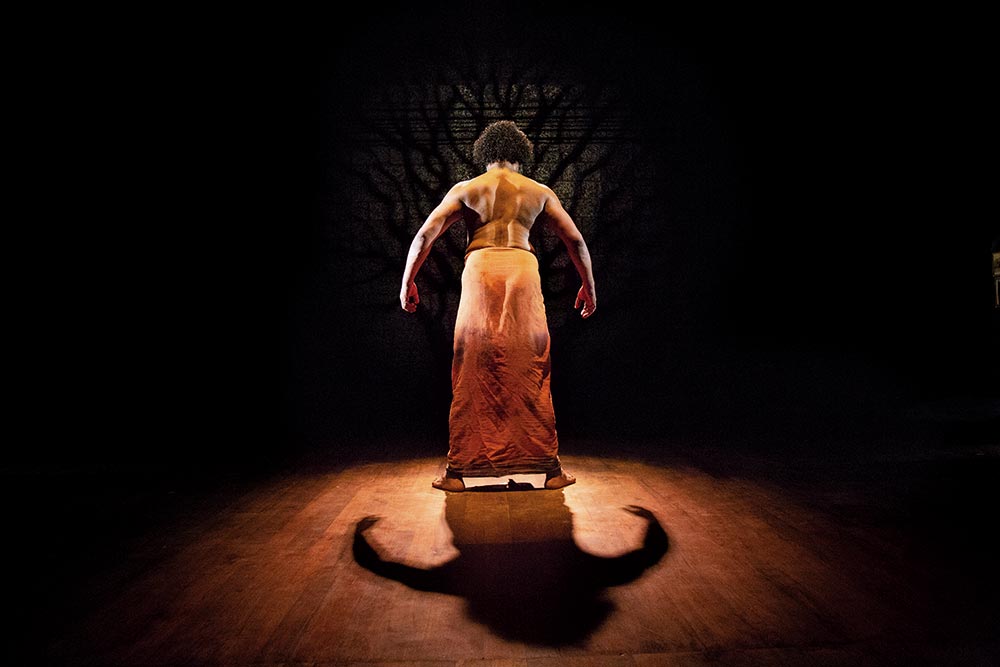 Arattle of kettle drums and thunder rends the air as Bali, Kishki­ndha’s monkey king, strode acr­oss a stage, bringing into Che­nnai’s Museum Theatre a sense of the devastation taking place in neighbouring Kerala. For 70 minutes during the Hindu Theatre Festival 2018, the Adishakti group, started by the late Veenapani Chawla near Auroville, enacted the story of Bali. In Valmiki’s Ram­ayana, it was coincidentally during the rainy season that Ram and Lakshman, seeking allies in their mission to rescue Sita, had reached Kishkindha—better known today for the scattered ruins of Hampi, with its rock-strewn landscape in the Karnataka stretch of the Western Ghats. The two exiled princes from mythical Ayodhya found themselves drawn into the uneasy alliance between the two brothers Bali and Sugreeva.

Setting off to fight a demon in a hill cave, Bali had told Sugreeva to pay heed to his death only when he saw a river of blood...