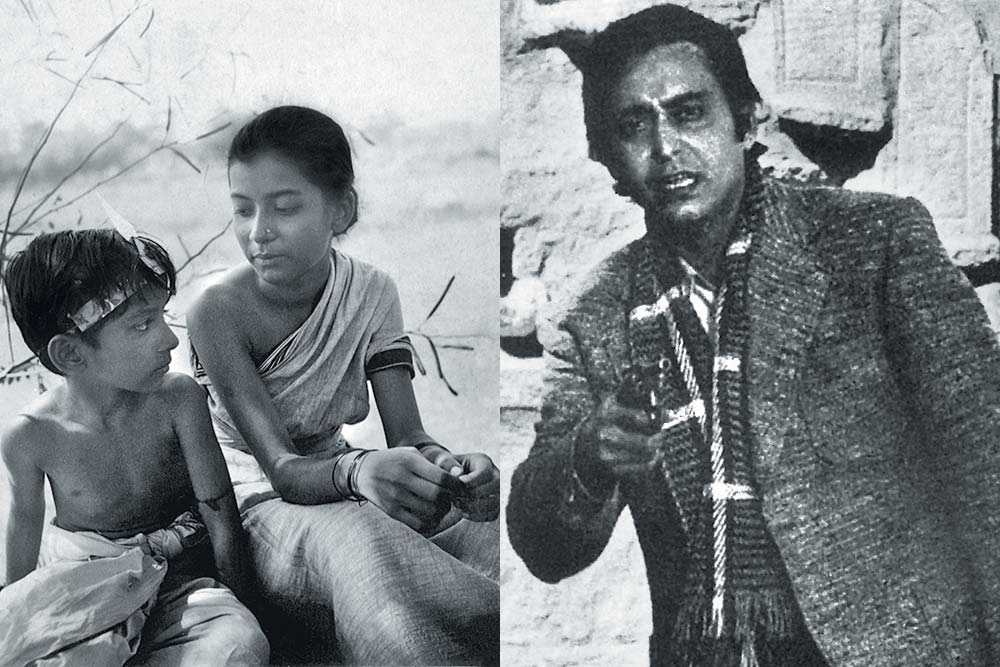 A still from Pather Panchali (left); from Sonar Kella (right)

Two children running through the white feathery fronds of kash flowers towards a distant train—it’s the children one remembers in Pather ­Panchali, their wide eyes and eager faces full of hope. It was Apu and Durga who led to my only meeting with Satyajit Ray. I went to meet Ray in his Bishop Lefroy Road library, with a request to use the Apu-Durga shot in a calendar on historic films. Immersed in his books, he raised his eyes once to grant the request and pass me on to the requisite person; then dropped his eyes again, leaving me with a memory of the book piles and the brooding silence.

Nothing I saw then led me to believe that he had an instinctive understanding of the way children thought, and could treat them as equals and write for them with curiosity and delight, apart from casting them to ­perfection. There is Ratan in Postmaster, a little boy looking for the right shade of white to paint flowers with, and, of course, the ones in the Feluda films, Sonar Kella and Jai Baba Felunath. Ray’s films...