Reel Off The Biriyani

Biriyani Films counters the misappropriation of our fave food 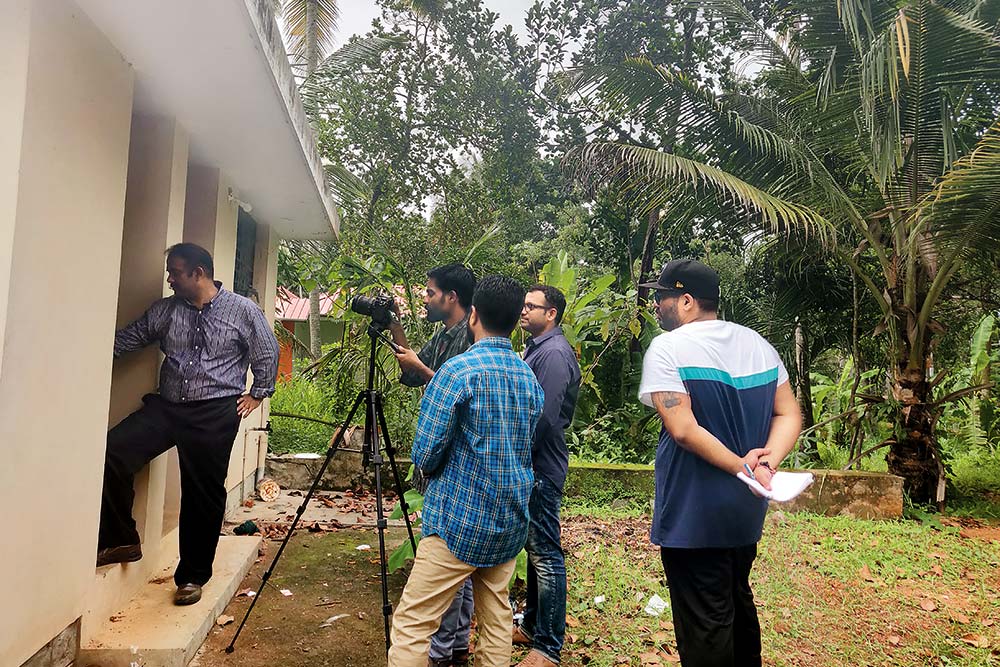 The shooting of Ellam Sheriyaavum

Although dismissed offhand as one of those ‘Southern’ frivolities—think, the much-queried ‘h’ that appends not a few ‘t’s and ‘d’s—the ‘i’ at the heart of the spelt-as-spoken biriyani is hardly superfluous. Allowances for geo-linguistic variances notwithstanding, some posit that it is a metaphor for the intensely personal relationship between sub-continental palates and the closest we have to a consensus on soul food. It’s not for nothing that biriyanis regularly pip pizzas for top spot on annual consumer food-beh­aviour surveys.

While this passion has long inf­ormed and whetted mostly good-natured dinner-table deb­ates, a decidedly unsavoury manifestation has been ‘biriyani baiting’—as evinced most recently by the vitriol directed toward protestors in Shaheen Bagh, among others. To counter this appropriation, a group of cinephiles in Kerala set out in 2017 to rec­laim the biriyani by adopting it as muse, motif and remuneration for their nascent production...