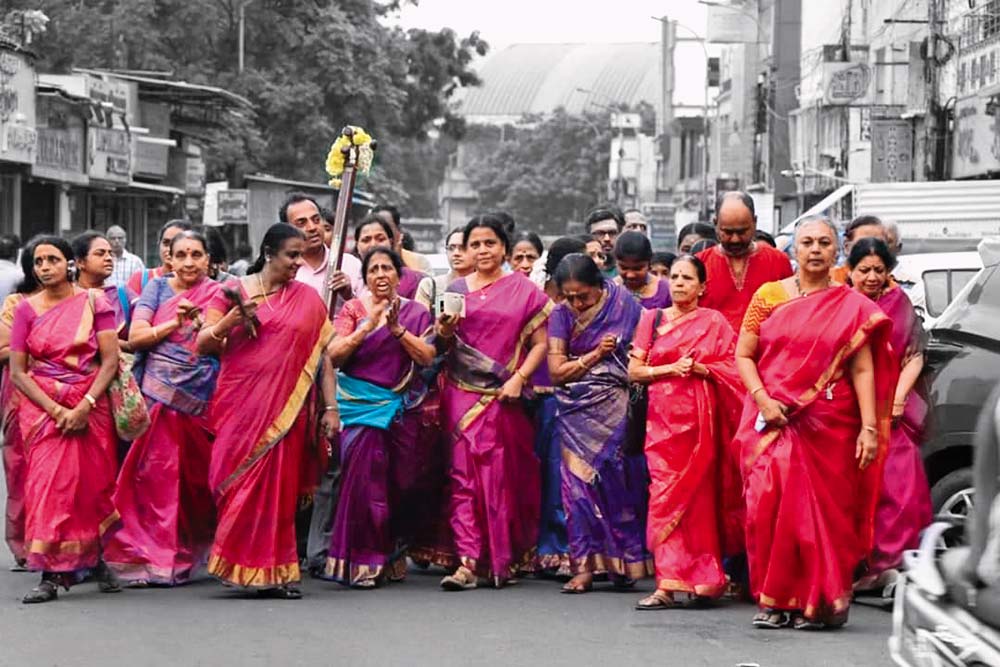 A thin, cold air wraps the ‘Mada’ streets of Mylapore—the four streets around the iconic Kapaleswarar Temple. The locality has bestirred itself by six in the morning, with a few shops and coffee stalls open for business. And then the tunes of a bhajan resonate from one of the streets.

The singers are a group of thirty men, women and children, marching slowly, their chorus hanging in the air, as they halt at intersections to register their pre­sence. After an hour of ambulat­ory singing, the group returns to its starting point—the eastern tower of the temple. After a short crescendo, the bhajan ends.

“We will be back tomorrow around the same time; this has been our daily ritual during Maargazhi (the Tamil month bet­ween mid-December and mid-January) for many years,” says K. Sant­osh, a finance manager in an MNC. He admits that not many are accomplished singers but are united by their love for music and devotion to Lord Krishna.