The villains in Ray’s cinematic universe came in shades of grey—fearsome but lovable, sly yet bungling, revolting and funny—and mirrored the heroes in their essential human frailties 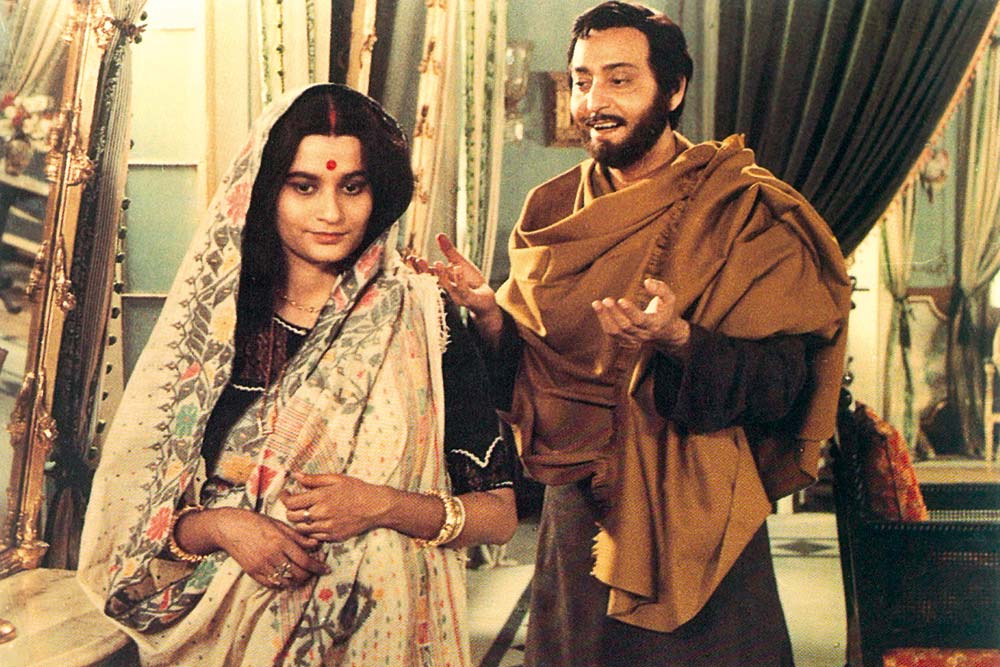 The humanism of Satyajit Ray has often been mentioned in studies of his cinema. In critic and scholar T.G. Vaidyanathan’s words, this humanism defies “simplistic extremes and schematic ideal types”, and can be largely discerned from the fact “that there are no ‘heroes’ in his films and, as a corollary to this, no villains either”. This is particularly true of the earlier films, from Pather Panchali (1955) to Kanchenjungha (1962). In this phase, one comes across only one ‘villain’: Nanda-babu in Aparajita (1956).

One of Ray’s enduring legacies lies in the ­characters he brought to life onscreen. Apu and Durga, Harihar and Sarbajaya, Aparna and Doyamayee, Indir Thakrun, Bishwambhar and Indranath, Felu Mittir and Narsingh, Charulata and Arindam, Goopy and Bagha, Siddhartha and Manmohan Mitra—I wonder if any other film-maker in India has such a memorable and instantly recognisable gallery of everyday ­characters in his oeuvre. As Ray said, “I feel that a common person, an ordinary...