Republic Of India: A Danse Penumbral

Leave aside the Constitution, the hardware of the State. The Republic was in reality brought into being by an elite consensus around a ‘pure’ culture, what it should have and what must be left out. And Exhibit-A is dance. 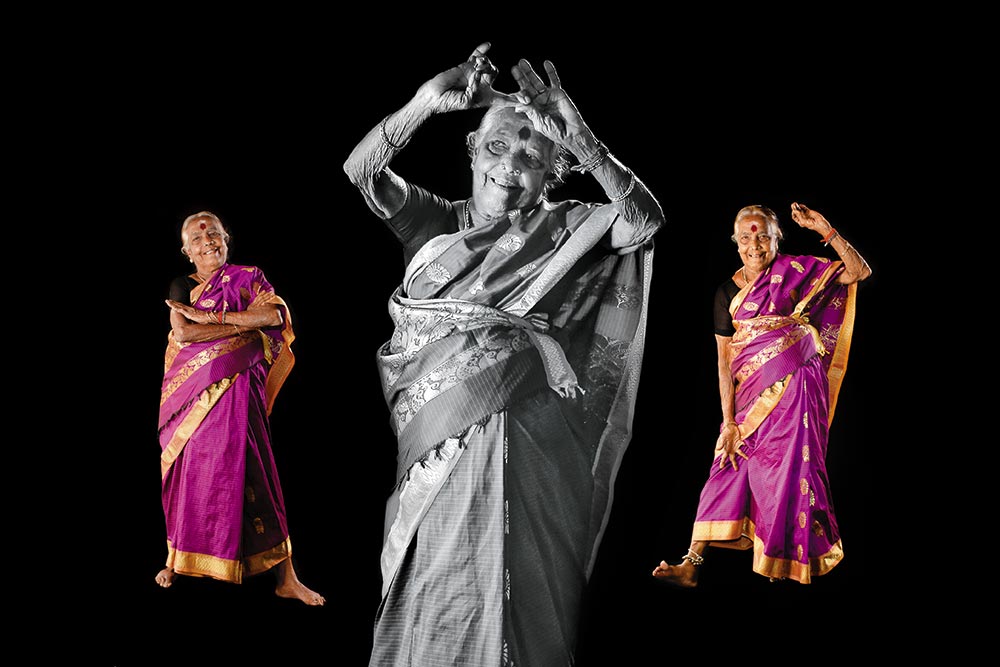 Still Around
R. Muthukkannammal is the last surviving of the 32 Devadasis of Viralimalai, Tamil Nadu, the only legatee of Sadir, the precursor of Bharatanatyam (Photographs by Usha Ramesh)

It’s an inconspicuous little one-storey dot in a largely peaceful, middle-class neighbourhood in Tamil Nadu’s Viralimalai, a stone’s throw away from the glitzier airport city of Trichy. The walls are cement-washed—sturdy, yet reeking of an antiquity buried under layers of consolidating, mundane grey. The unceremonious clamour of utensils echoes through the backyard (that doubles up as a bath) and right into the humble home of a past that remains mostly forgotten. An old woman in a plain cotton sari trundles back in after spitting out a mouthful of paan outside her door. “My leg has been hurting for a while,” her eyes flinch a little in pain, adding a few lines to the ripples on her skin left by time—80 years to be precise, all spent trying to salvage an art that defines her legacy, and India’s too. Even if India doesn’t know it.

Just last year, R. Muthukkannammal was invi­ted to conduct a workshop on Sadir near Chennai. Sadir...what?...do I hear you ask? The word sounds almost alien to a nation propped up on feet...