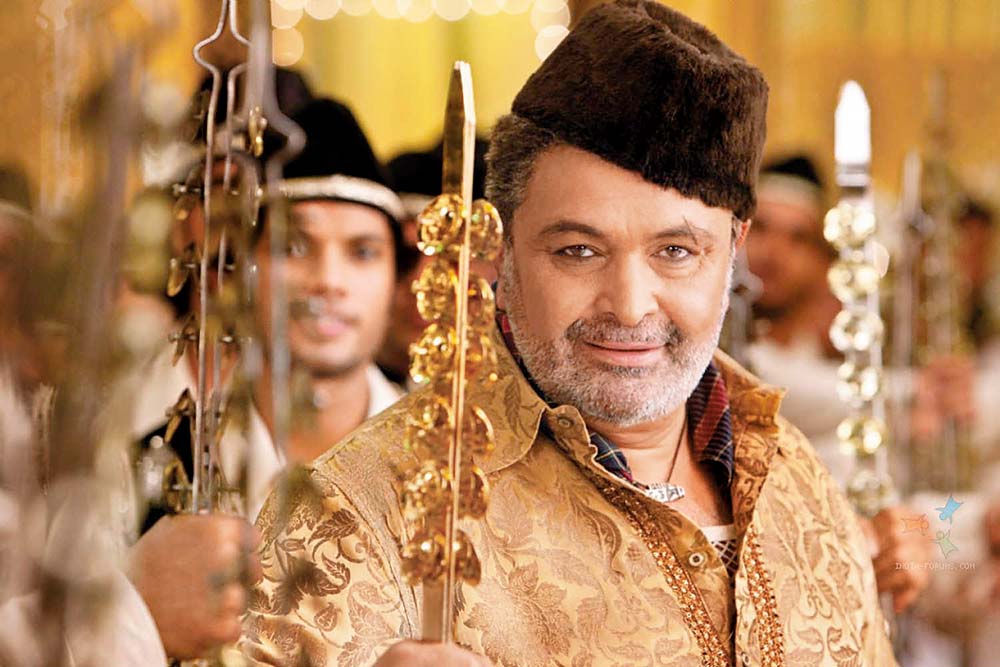 Black And White And Shades Of Grey
Rishi Kapoor as Rauf Lala in Agneepath.

Manmohan Desai, Bollywood’s prolific hit machine of the seventies, had his own yardstick of measuring the success of a movie. “If I see a group of burqa-clad women watching a new film, I take it as a sure-shot indicator of a blockbuster in the making,” the film maker, known for such mega hits as Amar Akbar Anthony (1977) and Naseeb (1981), once famously said. His remark does underline the community’s contribution as an audience towards commercial success of a film but, more importantly, it reinforces the Muslim stereotype that the dream merchants of Hindi cinema have per­petuated onscreen for decades. And the fact remains that Bollywood has remained majoritarian in its outlook despite riding on the success of stars from the minority community.

One certain Yusuf Khan had to assume a Hindu name to be acceptable to the majority community. It is debatable whether Dilip Kumar would have been as successful without pandering to maj­oritarian sensibilities. Or a Begum Mumtaz Jehan Dehlavi become as fam­ous if she had not turned...