Digital streaming of plays is not a patch on theatre’s end­uring mystique. Yet it has brought new audiences and helped beleaguered thespians survive, change and dare to hope. 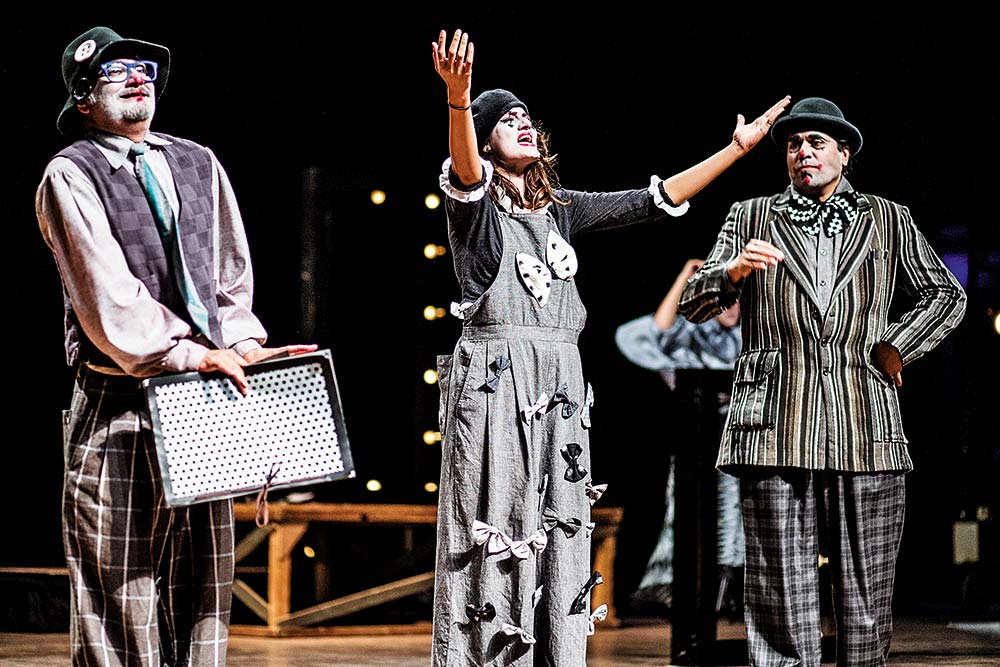 Of all sophisticated mass entertainment, it’s the oldest: the breathless hush of a blackout to the final fall of the curtain; the play of the plot, be it a full course from hubris to catharsis or a Becketian wait for meaning, the theatre has charmed, enthralled and held humans captive. For theatre artistes, nothing imparts a godlike control over destiny than impersonating a character before a silent audience—a source of energy that communicates itself to the players only in a proscenium, an electric flow of giving and receiving that’s unique to the medium. Yet this most vital of performances was shut down, globally, in March 2020 due to a microscopic ogre that is dominating our lives since.

But shock and disappointment had the first call. For theatre producer Sonali Kulkarni, the pandemic forced her to cancel an...