An Age Of Fused Beauty, Flown In By A Stork

An amalgam of European and Indian aesthetics, a new art flourished in imperial Lucknow. An exhibition pays tribute to this glory of Indian painting. 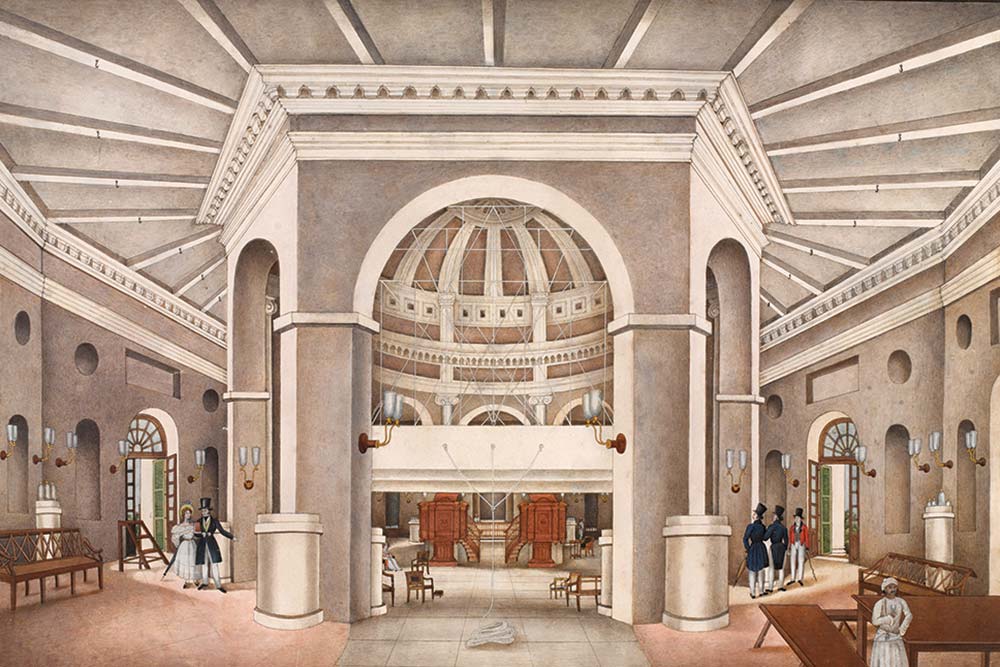 In the late eighteenth century, Lucknow was at the height of its Golden Age. Mughal Delhi, its nearest rival, had been looted and burned by successive waves of invaders and now lay wrecked and ruined. Delhi’s artists and poets and painters had little option but to flee to the flamboyant, newly rich city to the east.

There they sought the patronage of a dynasty of nawabs who had the means to patronise artists with a generosity that soon became legendary.  Lucknow’s singers and Kathak dancers were admired as the most gorgeously accomplished; its cuisine and architecture celebrated as the most flamboyantly baroque; its poets much celebrated, if a little gushy, for the more austere taste of Ghalib in Delhi.

At the artistic and financial centre of this world lay Claude Martin, the enigmatic self-made French buccaneer-businessman from Lyon, who went on to leave a legacy for the three schools—in Lucknow, Calcutta and Lyons—which still bear his name. Martin combined the lifestyle of a Mughal prince with the int­erests of an Enlightenment aesthete: he maintained an...