Who would dare to embark on a project such as Fossilised Passions of Da Vinci? Well, you’ve probably never heard of Bharat Dalal, the unsung artist now getting his due in NY. 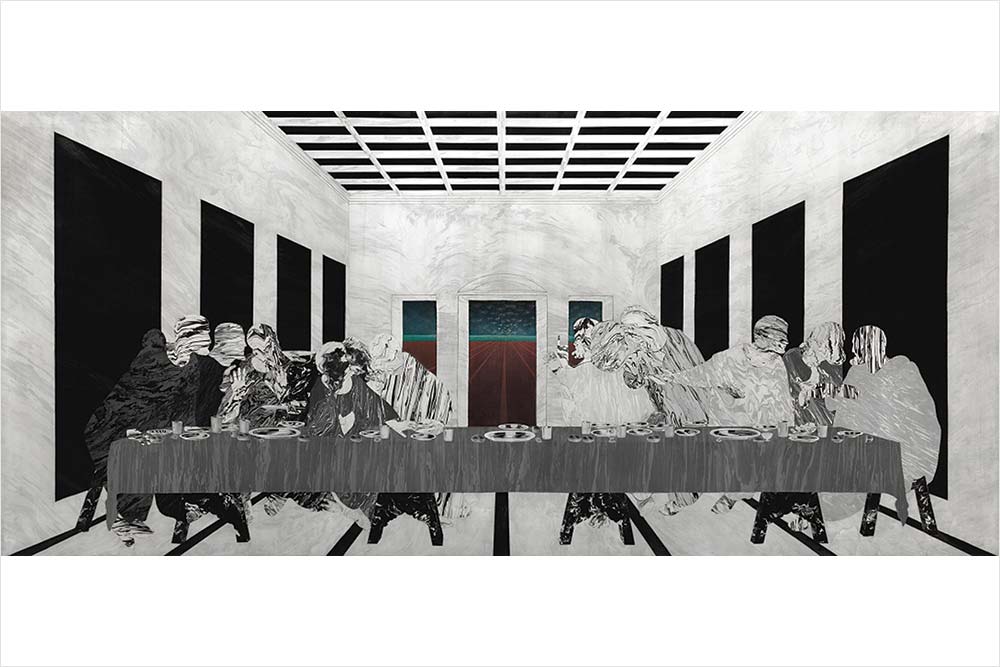 Only a person deeply engaged with art history, science, architecture as well as imbued with an innate balance between artistic perfection and metaphysical leanings can dare to reinterpret the work of Leonardo da Vinci. The hugely talented and largely uns­ung Bharat Dalal (February 17, 1955-November 15, 2018) was certainly one such person. In his chef d’oeuvre, Fossilized Passions of Da Vinci, Dalal selected a few of the Renaissance master’s paintings (The Last Supper and Ginevra de Benci being two) and infused layers of expressionism, often adding abstract elements. Through the evolution of his artistic credo, Dalal felt a strong connection with da Vinci, the “universal genius”. Fossilized Passions, a series of six canvases, took him over five years (1982-87) to complete. Finally, Dalal’s artwork is getting its due at a retrospective in New York.

Dalal had once said that Fossilized Passions was about those emotions, expressions and experiences of Leonardo that were trapped in transition, as the genius doggedly pursued the perfection of the...