Fewer concerts, cash-strapped sabhas and digital streaming…rasikas and performers, physically cloven by the pandemic, try to wring tunes out of a new reality 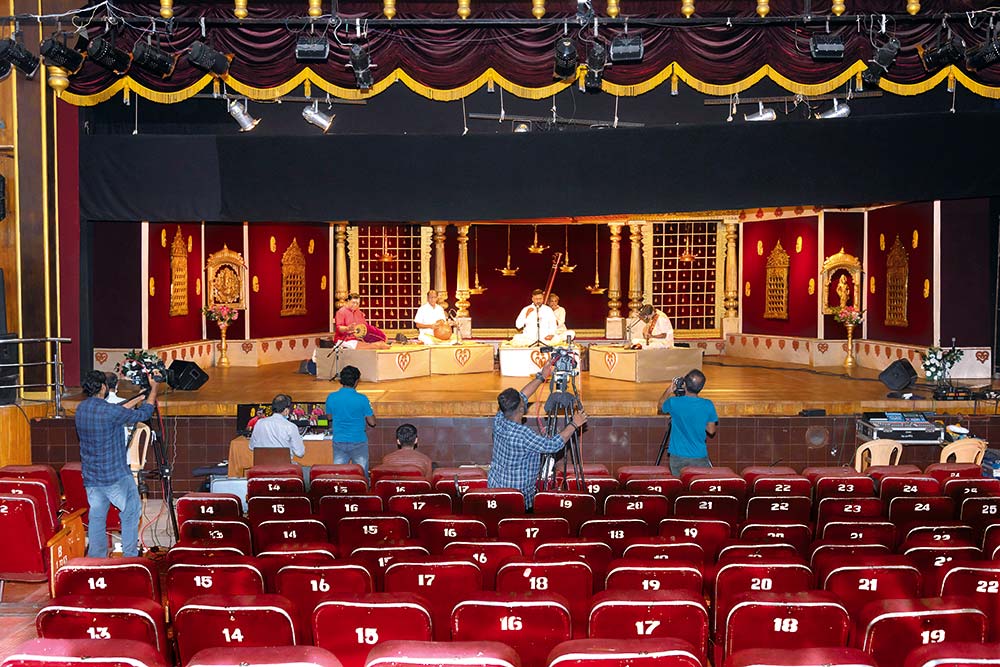 The long Tamil Nadu summer slakes its thirst in the bounteous offerings of the northeast monsoon; pale, blue skies and milder days presage a cooler season. Around this time, Chennai is drenched by the notes and ragams of the annual Margazhi festival, or the Chennai music season. For the last two years, Carnatic vocalist Sanjay Subrahmanyan had been kickstarting his December music season with back-to-back concerts titled Tam­­i­­zhum Naanum (Tamil and I). Running to nearly seven hours over two evenings and featuring Tamil com­­p­ositions, the concert at Chennai’s Music Academy auditorium ran to a packed audience. Sanjay sang in his evocative, energetic style, affirming his status as a modern-day Carnatic mae­­stro. He would follow the two shows with a dozen three-hour concerts during the Margazhi (Tamil month from Dec 15 to Jan 15) season, culminating in a four-hour concert on New Year’s morning.

But this December, when Sanjay (52) presented his 2020 edition of Tamizhum Naanum, he did so from the confines of a recording studio...