End Of The Marquee 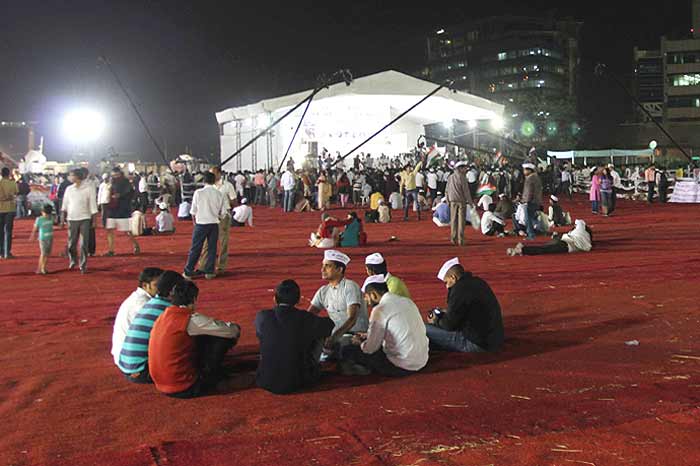 Suddenly, there is a lot of New Year cheer in the air. The corporates don’t want to sound gloomy. Prime Minister Manmohan Singh has urged Indians to eschew negativity. And with elections in the air, members of Parliament across the board are wary of striking the wrong note. Which is why they have moved on after putting off the agonising decision on the Lokpal bill for another day. In this climate, where do Anna Hazare and his band of generals stand? Will the movement survive the overwhelming mood of hope?

The Delhi chill seemed to have found its way into the reception of Anna’s announcement of a three-day fast. Only a few thousands turned out in support at Mumbai’s MMRDA grounds on December 27, while the Ramlila Maidan in...