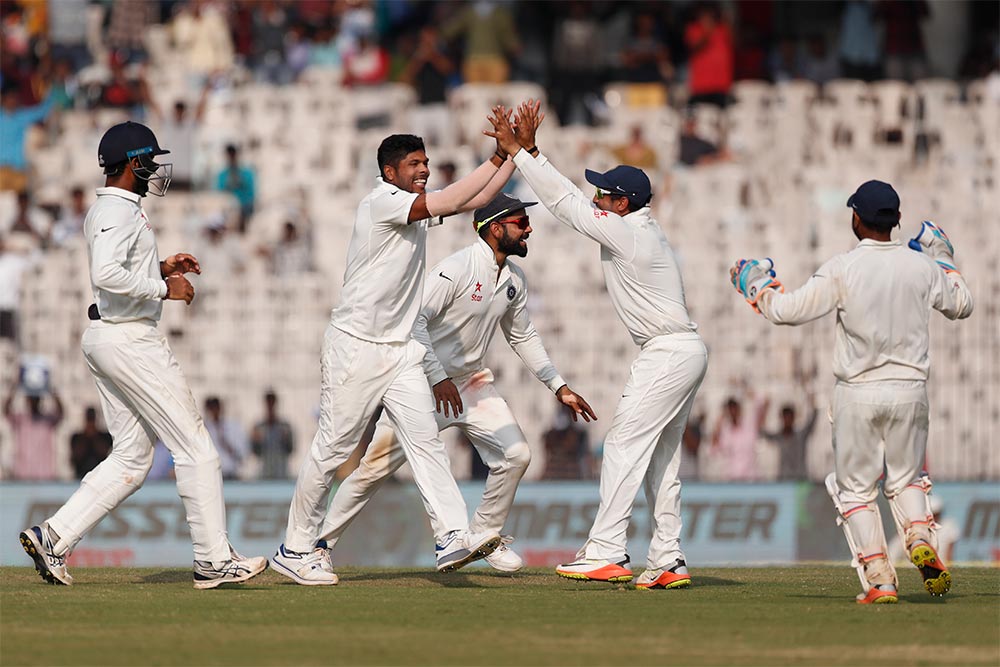 The Indian cricket team strides into the New Year riding high on confidence, as the No.1 Test team, the world at their proverbial feet. Virat Kohli’s mar­auding warriors have already smashed the opposition to pulp on familiar home pitches. Now, can they carry the same form abroad and prove that their exploits in 2016 were not just a show of the usual domestic might? For, it will be tough to repeat 2016. At the end of the England series, which India won 4-0, the team took its unbeaten streak to 18 matches—the longest in India’s 84-year Test history (the world record is 27). During their amazing run in 2016, India played 12 Tests and won nine—seven at home and two overseas. This 2016-17 season, India is scheduled to play five more Tests at home, one against Bangladesh and four against Australia, and then travel overseas.

The Virat Kohli-Anil Kumble pair has delivered so far; the management and the selectors seem to be on the same pitch too. “One reason we have been winning is that we have done our homework. We have a very, very good...