SEWA, which was initially registered as a trade union in 1972, became a confluence of three movements: labour, cooperative and women’s. 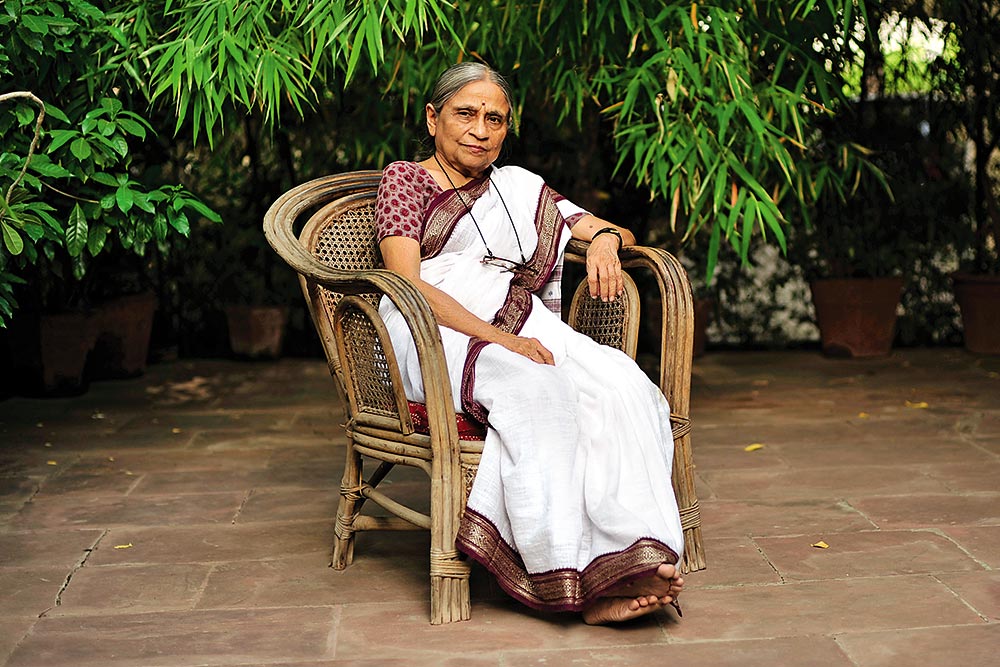 Midway an interview some years ago, Ela Bhatt was asked how normal people could contribute to empowering women. Pat came her reply: “Am I not normal?”

It’s only with awe that one can grasp the scale of what the Self-Employed Women’s Association (SEWA) has achieved in the 45 years since Bhatt decided to work for women workers in the unorganised, informal sector. In 1971, as a 39-year-old lawyer, Bhatt was working with textile workers in Ahmedabad when she realised how many women around her were economically active doing small jobs of various kinds but yet were informal labour. “My legal training was of no use to them because they were not covered by any legislation or entitlement of social security,” was how Bhatt once explained the beginni­ngs of SEWA to an interviewer. The first members were women working as head-­loaders and handcart pullers.

In a few months after it was founded in 1972, SEWA was registered...