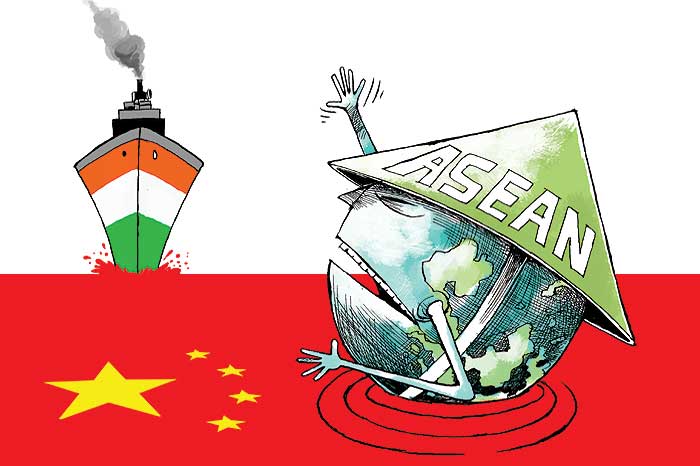 Predicting news headlines ten days ahead is a risky proposition. But it is safe to take this wager: when Prime Minister Manmohan Singh wings out of India on October 24 for a three-nation trip (Japan, Malaysia and Vietnam), China will prominently slither back into news stories and analyses. It doesn’t matter that the prime minister’s avowed goal is to forge strong economic ties with East and Southeast Asia and establish New Delhi as a prominent player in the Asia Pacific region. Such is the emerging dynamics of the region that India’s initiatives, however benign, become elements in China’s political calculus, as do the Chinese forays in India’s.

Riding the crest of the economic tide, Manmohan will sweep into the region—first to Japan, then Malaysia, and finally to Hanoi, to participate in the India-ASEAN Summit as well as the East Asian Summit. India wants to integrate with the economies of the region, hoping to build symbiotic ties long desired for. New Delhi also wants to play an important role in...