Easel By The Window

Ganesh Pyne strove for artistic truth in a melancholic fantasy 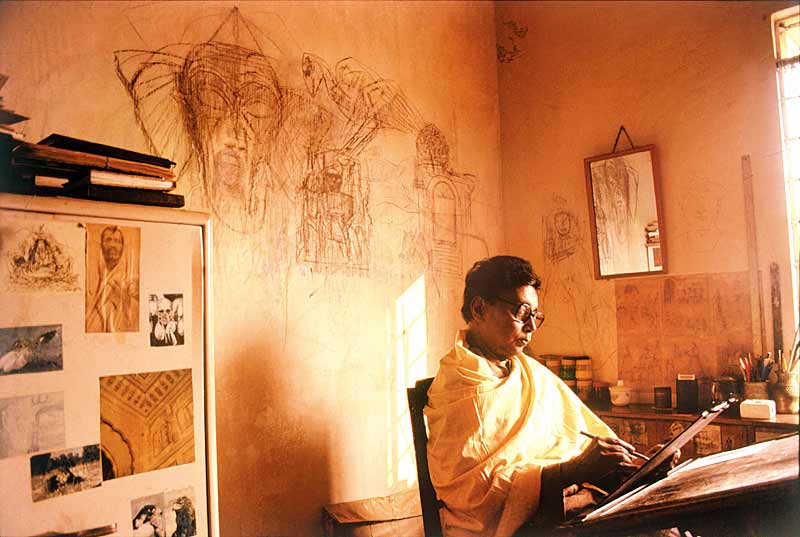 The solitary Indian painter who would immerse himself in the enigma of death is himself no more. On the morning of March 12, Ganesh Pyne (1937-2013) died of a heart attack in his beloved city of Calcutta. With his small, jewel-like works made with tempera on paper or on canvas, Pyne had carved out a niche for himself as the ‘artists’ artist’, with no less than violinist Yehudi Menuhin and painter M.F. Husain naming him as their favourite Indian painter. Extremely modest and private in person, he had led a reclusive life, shunning both publicity and the market, although in the last two decades he came to be hugely sought after and his paintings fetched top prices at both Indian and international auctions.

In many ways, Ganesh Pyne could be hailed as the last great painter of what has been celebrated as the Bengal School. Inspired equally by Abanindranath Tagore and Paul Klee, Pyne’s was an opus where dream and mystery, fantasy and fable found melancholic depiction, and death was a frequent muse. Despite his fame in rapidly globalising times, he...