Why did the greatest movement of the south fail to redeem its emancipatory promise? 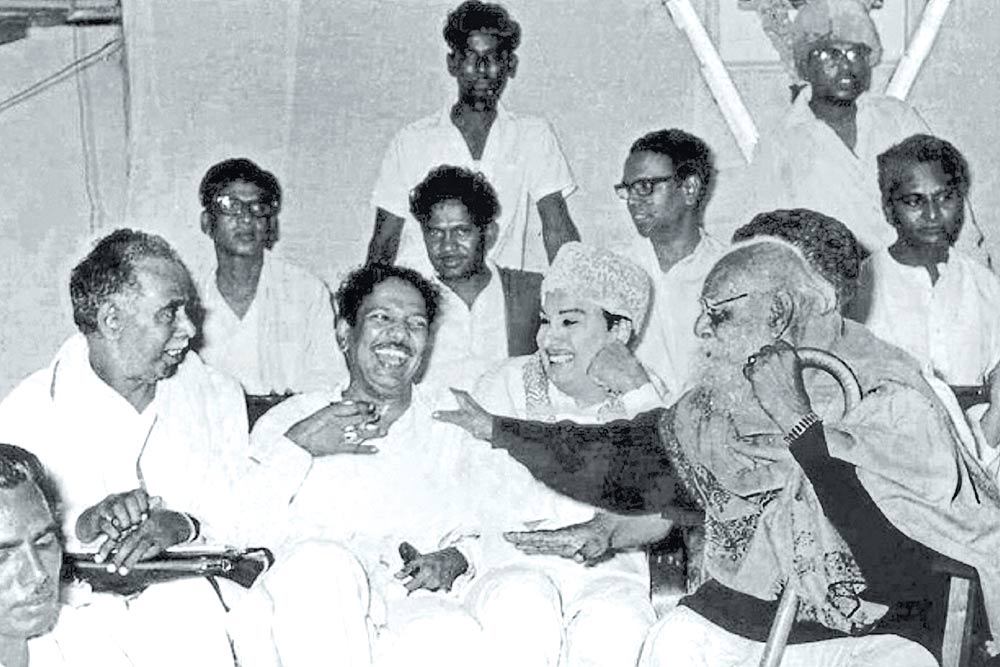 The Quartet
C.N. Annadurai, M. Karunanidhi, MGR and Periyar in the late 1960s

There’s a founding paradox at the heart of the Dravidian movement, in its very name. Like the word ‘Hindi’ is Persian in ori­gin, the word ‘Dravidian’ is actually Sansk­rit. For a concept that’s taken to mean a lot of things—but at its core a strong sense of linguistic separateness—this marks out a canvas bristling with ironies. Yes, there is a Dravidian family of languages, but a whole movement was carried out in its name that never much referred to the rest of them, except by holding up Tamil as a sort of master code—the fount of everything else. Yes, it did impact the social landscape and imagination profoundly: but at some level that was iffy too, marked by a capt­ure of power by middle castes, with even hard-core Tamil-speaking Dalits on its periphery. Did all the passion get used for a mere transfer of power? Does it live on as a powerful idea with potential? Or, a century on, has a liberation ideology been flattened to shallow, two-dimensional pop-kitsch cutouts?

The vibrant force it had in pop...