His survey of Indian Muslims has offered both a challenge and critique to policy, showing up its gross inadequacies and spurring it to more focused action 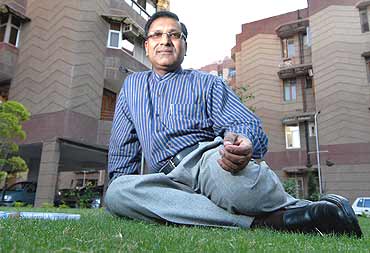 outlookindia.com
-0001-11-30T00:00:00+05:53
The report may be named after retired judge Rajinder Sachar. But the man who collated all the information and actually wrote the Sachar Commission report is the NCAER chief economist and head of their human development programme (who in ’99 had produced the first India Human Development Report). Dr Abusaleh Sharif, 54, a down-to-earth economist, created a stir with his findings—backed by meticulous research—that Muslims were falling back on all socioeconomic indicators except two—infant mortality and the sex ratio. Which means they were not getting educated or employed, but neither were they killing the girl child or committing female foeticide. The largest ever survey of the nation’s largest minority community, the report has already had far-reaching impact on policy, with the government stressing the need for special thrust on helping Muslims.