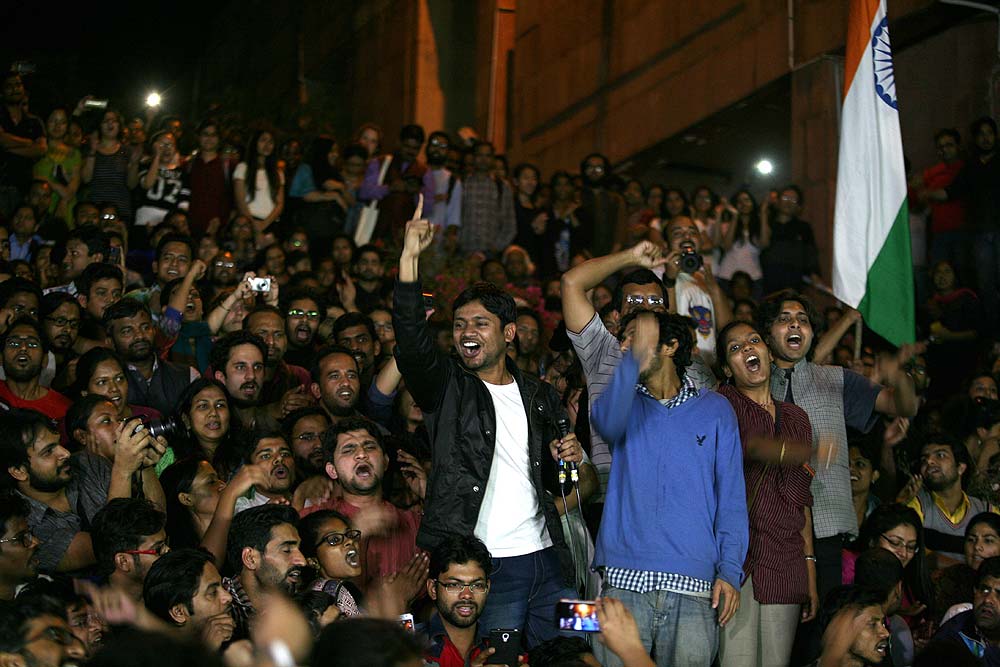 Kanhaiya Kumar and other leaders raise slogans at JNU. The slapping of sedition charges against them isn’t mentioned in Guha’s essay on freedom of expression.
Photograph by Sanjay Rawat
Ajaz Ashraf September 21, 2016 00:00 IST Double Album

Ramachandra Guha’s latest off­ering, Democrats and Dissenters, switches gears from Page 143, and becomes riveting for the reader. It is from here that the book’s second part beg­INS—Ideologies and Intellectuals—which comprises thumbnail sketches of social thinkers, Ind­ians and non-Indians alike, who were an INS­pir­ation to Guha or whom he admires for their research, craft of writing, and, often, for defying the intellectual fashion of their times. Their profiles, for most parts, are scintillating; the gem among them being an account of the historian D.D. Kos­ambi’s father, Dharmanand Kosambi.

For Guha to become stimulating only after 140-odd pages is a letdown, spoilt as we have been by his digging up archives for details of India’s past and stitching these tog­ether in insightful narratives. More pertinently, his works are accessible to readers outside academia. Opacity is not his trait. This is primarily the reason why Guha has emerged as one of India’s foremost public...